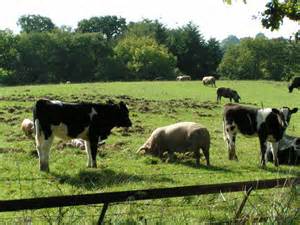 The livestock markets were very thinly traded during Friday’s session as traders seemed more interested in making holiday plans rather than paying attention to the round of reports that came out on Friday morning. In a lightly tested session, the live cattle futures closed on a mixed basis with the far deferred outperforming the nearbys. The May 1 on feed report indicated that on feed numbers were even with a year ago, cattle placed in April totaled 5 percent below 2014, and marketing totaled 8 percent lower. Feeder contracts settled sharply higher, supported by the lower corn prices, strengthening cash sales in the country, and generally positive pasture conditions, which will help with feedlot placement over the next several months. 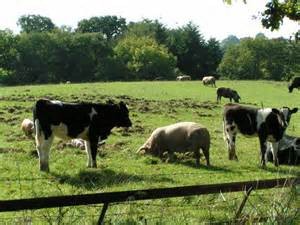 The lean hog contracts closed on a mixed basis as well in very light trade volume. Weaker cash caused the nearby contracts to lose ground to their far deferred counterparts. Floor sources also linked the uneven price action to the unwinding of bull spreads. The monthly cold storage report estimated frozen pork at the end of April at just under 700 milion pounds, even more than the market bears had anticipated.