Local High Schools Place in the “Battle of the Belt”

This is the third year the school has received accolades for its high rate of seatbelt usage among students.  MoDOT uses the competition to challenge all high schools across the state to see who can get the highest seatbelt usage rate and the most improved rate.  Other winners in the Northwest District include Northwestern High School in Mendon, which achieved a silver rating.

ST. JOSEPH – Nineteen high schools across Northwest Missouri battled it out last fall in a statewide seat belt use competition to see who could increase their students’ seat belt usage rate the most. One hundred and thirty-five schools across the state participated in this year’s Battle of the Belt Challenge, a competition to raise seat belt use among teens and hopefully decrease traffic crash related injuries and fatalities.

Participating schools launched two surprise seat belt checks to measure student seat belt use before and after an educational campaign. In addition, schools had the opportunity to submit a 30-second video spot to encourage their peers to buckle up.

For the third year in a row, Osborn High School in DeKalb County won the Northwest Region’s award for the Highest Overall Seat Belt Use achieving 100 percent seat belt use. Cainsville R-1 High School in Harrison County won for Most Improved Seat Belt Use increasing their seat belt use from 47 percent to 65 percent (an increase of 39 percent). Both schools will receive $500 donated by American Family Insurance to be used for future seat belt educational programs at the schools.

Five schools in the Northwest Region will receive recognition for seat belt use that reached gold (99-100 percent), silver (95-98 percent) or bronze (91-94 percent) levels of seat belt use and will receive banners to display at the schools donated by the Missouri College of Emergency Physicians. Those schools include:

“We know only 66 percent of Missouri teens buckle up and the majority of them who are injured or killed in crashes are unbuckled, so competitions like these are so important to help raise awareness and increase seat belt use amongst young drivers,” said Jackie Spainhower, regional coordinator for the Missouri Coalition for Roadway Safety. “It’s a fact that seat belts save lives, and if we can save even one life through Battle of the Belt, then we all win.”

Battle of the Belt was originally brought to southwest Missouri by the Missouri Emergency Nurses Association and St. John’s Hospital. In 2006, the Missouri Coalition for Roadway Safety, in conjunction with American Family Insurance, took the competition statewide and continue to sponsor this year’s program with the Missouri College of Emergency Physicians.

Is your school ready to take the challenge to buckle up? Learn more at http://www.savemolives.com/. 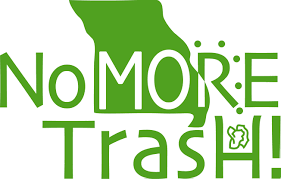 MDC, MoDOT, and schools to fight litter through annual trash can decorating contest