An anonymous tip led to the poaching arrest in Miller County.

Conservation agents responded to multiple complaints of dead deer found around the Lake of the Ozarks in October. Only the deer’s heads, tenderloins, and other parts were removed. A call into Operation Game Thief (OGT) tipped off investigators about Piatt who was in the Tuscumbia area and now faces many charges in Miller and Shannon counties.

Authorities said they still need the public’s help with the case. Investigators believe that there are more deer remains left in Dent, Reynolds, Timber,  and in Shannon County. People who find poached deer remains are encouraged to contact the OGT hotline at 1-800-392-1111, or their local conservation agent.

OGT tipsters may remain anonymous and tips that lead to an arrest may receive an reward. Rewards can reach up to $1,000. 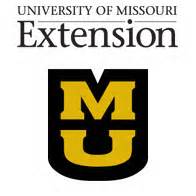