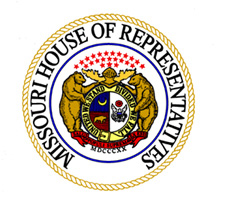 Despite the cold and snowy start to the week, the House was able to get some work accomplished this week.

The state of Missouri is committed to the military mission of the common defense of this nation. Elected officials are united in preserving a strong military and a strong military presence in our state. The governor and our state treasurer, our US Senators, our US Representatives, and the Missouri General Assembly are united in this effort. To voice our opinion from Missouri, I filed HCR 13 and across the building Senator David Pearce filed SCR 21.

Without a dissenting vote, the House passed HCR 13 late Wednesday afternoon. The bill as originally filed supported the continued mission of the A-10 Thunderbolt II (aka Warthog) at Whiteman Air Force Base. Representative Denny Hoskins of the 54th District added support for the Apache Long Bow helicopters also stationed at Whiteman AFB and recently added to the list of potential cuts by the Department of Defense. Representative Stanley Cox of the 52nd District co-sponsored both actions. After some short remarks of support from other House members, the bill and the amendment passed without opposition.

The A-10 is not only economically vital to the Whiteman area, it is reliable, cheap (in relative terms, of course), and provides close air support as no other weapons system can. Although it is always vital to be good stewards of public money, a cutting binge that wipes out effective and proven weapons systems is not a good course of action. Thank you to the House membership for supporting this resolution. SCR 21 passed the Senate previously. 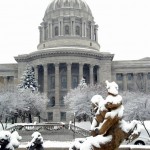 The House approved several bills designed to help grow Missouri’s economy and spur new job creation in the state. HBs 1310 and HB 1501 would create the Missouri Angel Investment Incentive Act to be administered by Missouri Technology Corporation. The primary goal of the act is to encourage individuals to provide seed-capital financing for emerging Missouri businesses engaged in the development, implementation and commercialization of innovative technologies, products, and services. Other states such as Kansas and Wisconsin use similar incentives with great effect in getting new companies up and running. The end result is more good-paying jobs, something members of the General Assembly are seeking.

HB 1495 would require the Missouri Technology Corporation to distribute money to early stage business development corporations for grants to newly formed businesses that have the potential for national or international sales or the
development of new technology. Supporters say that the bill is an important economic development tool for businesses. This
program requires community involvement to help the new business raise initial capital, similar to a program in Massachusetts.

Also approved this week, the Bring Jobs Home Act, HB 1089, would allow businesses that move back to Missouri to take a onetime deduction from their taxes of 20 percent for the incurred expenses of relocating. To qualify, a business has to have
operated in Missouri and closed a portion of their facility and moved it out of state or out of country. The bill also includes
several safeguards to ensure companies cannot exploit this incentive, as well as a sunset clause that leads to expiration after six years. The primary goal of the bill is to make certain that we bring jobs back to our country, and specifically to the state of
Missouri. This is a simple but effective step we can take to help create more of the good-paying jobs Missouri families need and want.
In addition, another proposal, HB 1501, would create a tax exemption for the costs associated with setting up a data storage
center. States surrounding Missouri, such as Iowa, Nebraska and Kansas, are currently home to data storage centers, which
generate millions of dollars of revenue for those states. These states provide robust incentives. Missouri does not currently offer any tax incentive for data storage centers to relocate to Missouri. By putting an incentive in place we can make it more
affordable for these job-producing operations to set up shop here in Missouri.

HB 1501 also contains incentives for businesses that forward freight internationally through any Missouri airport. Under this
legislation, qualified freight forwarders would receive tax credits against income tax, based on the volume of outbound air cargo.

The bill also would revive the “distressed areas land assemblage” tax credit. It would be redefined to include engineering, site
and redevelopment planning, and it would expand coverage of maintenance costs from five years to 12.

Missouri is on track to become the 29th state to enact a law to ensure cancer patients have affordable access to life-saving oral
chemotherapy medications. The Missouri House gave final approval this week to legislation that would eliminate the co-payment cost disparity that currently exists between orally and intravenously-administered chemotherapies: orally-administered treatments are actually cheaper than those administered by IV. When it is considered that many cancer
treatments currently under development are oral in nature, it becomes even clearer that something must be done to ensure
access to these treatments. This bill will bring insurance coverage parity to both forms of chemotherapy – intravenous (IV) and pill form – by simply requiring plans that already cover traditional chemotherapies to also cover oral chemotherapy products.

This is a simple change that will have a huge impact on the lives of Missourians battling cancer who want nothing more than
affordable access to these life-saving treatment options. We also know the requirement will not cause the cost of insurance
premiums to increase significantly based on an actuarial study that was done.

The bill now moves to the governor’s desk where it will become law with his signature.

HB 2014 will provide much-needed funding to our public education system. The supplemental budget bill addresses some of the funding shortfalls for various state services so that these programs can make it through the end of the fiscal year with adequate appropriations. Currently, the lower-than-expected revenues from the tax our state has on casinos has contributed to the need to shore up funding for our K-12 education system.
The bill would dedicate another $22 million in funding for the foundation formula that provides basic state aid to our schools.

The bill also includes a $5 million payment to the Normandy School District. As you may know, the district is currently
unaccredited and teetering on the edge of insolvency because of a state law that requires the district to pay for students who
transfer to neighboring districts. The additional funds will help the district to make it through the school year.

While the education dollars represent an important part of this budget supplement bill, they are only a small percentage of the more than $343 million in funding contained in the bill. The bulk of those dollars would go to our MO HealthNet System which provides access to care for many Missourians who could not otherwise afford it. The bill now moves to the Senate.

Also this week, House Budget Chairman Rick Stream unveiled a proposed spending plan that would take funding for K-12
education to record levels, provide a significant funding boost to all public universities and community colleges, and
dramatically increase financial assistance to Missouri students who seek a college education in the state.
The spending plan includes a $278 million increase for the school foundation formula, which would make the K-12 education budget the largest in state history. Under the plan, $122 million of the increase would come from General Revenue with another $156 million from a Surplus Revenue Fund that will be created to hold any revenues above the estimates agreed upon by the House and Senate. Monies placed in the fund would have to be used for education and one-time projects.

The House budget proposal contains an additional $20 million for the Access Missouri Scholarship Program, which represents a 20 percent funding increase, and an additional $6.7 million for the A+ Scholarship Program, which will fully fund the program. Stream’s plan also would provide for the largest expansion of the Bright Flight Scholarship Program in state history. The plan would add a new forgivable loan program that would be available to students scoring in the top 5 percent on the ACT or SAT. The loans would cover all tuition and fees at any public university in Missouri and would be forgiven for students who stay and work in Missouri upon graduation.
We know that we need a dedicated, educated workforce in order to attract new employers and grow our economy. Keeping our best and brightest here in Missouri is a vital component to that effort. By investing heavily in our scholarship programs we can open the higher education doors of opportunity for even more students, and by augmenting our Bright Flight program we can give our best students a strong incentive to stay right here in Missouri. This is a win-win for Missouri families and our state.

The House Budget Committee is expected to consider the appropriations bills this week and next. The goal is to have the bills to the House floor for discussion the week after the Legislative Spring Break, which runs from Mar. 13-24.

It is an honor to serve the 51st District in the Missouri House of Representatives. Each week I will issue a capitol report to keep you informed of activities in Jefferson City and Missouri. Any concerns or issues you might have are of great interest to me. I look forward to your input and thoughts, so please feel free to contact me at any time if you have questions, concerns, or ideas to improve our state government and the quality of life for all Missourians. My telephone number is 573-751-2204 or you may contact me by email at [email protected] Thank you for working with me to make Missouri a great place to live.

Serving the Constituents of the 51st District,