A sentence of 77 years in the Missouri Department of Corrections was handed down this week in the case of a rural Marshall resident. According to the Saline County Prosecutor’s office, Billy Joe Bellamy, 42, faced numerous charges including pharmacy robbery, money laundering, burglary, and resisting arrest. Bellamy was also ordered to pay restitution in the amount of $100,000 as a result of the thefts and $3,500 to the State for unpaid taxes.

Press Release: On Tuesday, July 8, 2014 Billy Joe Bellamy of rural Marshall, Missouri was sentenced in Lafayette County Circuit Court to a total of 77 years in the Missouri Department of Corrections.  Bellamy’s convictions are the culmination of more than three years of work by Saline county Prosecutor Don Stouffer, Assistant Prosecutor Josh Taylor, Administrative Assistant Kim Owen and Missouri State Highway Patrol Corporal Darrin Lilleman.  Bellamy’s convictions arose from a series of crimes that began in March 2011 and included burglaries, stealing of more than $25,000.00, money laundering charges, a pharmacy robbery, felony property damage, felony leaving the scene of an accident, felony resisting arrest charges and the felony of failing to file an income tax return. Bellamy entered guilty pleas and was sentenced in each of the following cases, all transferred to Lafayette County following Bellamy’s request for a change of venue.

All of the sentences are to run concurrently.  In two of the cases, Bellamy was sentenced as a prior and persistent felony offender.  There is no parole on the Pharmacy Robbery Sentence.  Bellamy was also ordered to pay restitution in the amount of $100,000 as the result of the thefts, and approximately $3,500 to the State of Missouri for unpaid taxes.

Case No. 12SA-CR00881-01   Burglary 1st Degree-20 years, Stealing of more than $25,000-20 years, Money Laundering – 20 years: The burglary, stealing and money laundering changes arose out of a series of burglaries at a Marshal, Missouri residence.  Bellamy provided transportation for Benjamin Peterson to the area of the residence, where Peterson, acting as Bellamy’s direction, stole a large number of gold and platinum commemorative coins valued in excess of $300,000.00.  Peterson was sentenced to a total of 60 years in Saline county Circuit Court on February 27, 2012 for his involvement in the crime spree. During the days following the burglaries, Bellamy enlisted the aid of Michael D. Birmingham of Flemington, Missouri, in selling the stolen coins to Eskew Fine Jewelry in Independence, Missouri.  In April 2011, Birmingham paid $13,635 cash for a 2008 Harley Davidson motorcycle, then during that same month, Bellamy paid in excess of $59,000 in cash for six vehicles.  On July 22, 2013, Birmingham entered a guilty plea to two counts of money laundering, and one count of failure to file income tax return, receiving sentences totaling 47 years.  In exchange for his testimony against Bellamy, Birmingham was given probation.

Case No. 12SA-CR00046-02 Resisting Arrest by flight – 7 years: The resisting arrest charges arose when between January 21, 2012 and January 28, 2012, Bellamy fled from two Missouri State Highway Patrol troopers and one Marshall Police Officer, each attempting to stop Bellamy for various crimes.  On all three occasions, Bellamy fled at a high rate of speed on gravel roads, endangering other motorists.  On January 21, 2012, Bellamy was attempting to hide between two rows of round bales on a farm north of Marshall when the homeowner returned with his family.  A confrontation occurred during which the armed homeowner recognized Bellamy who then fled in his vehicle, and in the process tore out a section of the fence.

Case No. 12SA-CR00876-01 Pharmacy Robbery 2nd Degree – 5 years: On November 12, 2011, Bellamy drove Carl James Morrow, Jr. and Lewis Gene Edde, Jr. to the Golden Oaks retirement home, located at State Route H in rural Saline county.  Bellamy gave Edde and Morrow a firearm, the two then confronted the staff and fled with the facility’s medicine cart containing prescription medications.  The cart was emptied and Bellamy threw the cart in to Salt Fork Creek at Napton.  The 5-year sentence in this case allows no possibility of parole.

Case No. 12SA-CR00878 Failure to File Missouri Income Tax Return-5 years: Bellamy was charged by separate indictment with failing to file or pay his State income tax for the tax year 2011.  MSHP Cpl. Lilleman discovered this offense while following the money trail in the burglary and theft.  “We commend Cpl. Lilleman and have heard nothing but praise for his work from the victims with whom he has come into contact.”  Stouffer also thanked the Missouri Department of Revenue Criminal Tax Investigation Unit for their cooperation in the investigation. Stouffer described the difficulty in dealing with cases of this magnitude.  What started as a simple burglary was compounded by the vast amount of loss for the victims, life-long Saline County residents.  Combined with the out-of-county liquidation of the victims’ assets, and most importantly, that Bellamy induced others to do his dirty work, the full extent of this crime spree would never have been known without the determined efforts of Cpl. Lilleman.  Darrin traveled throughout the area, painstakingly following investigative leads and interviewing witnesses from Illinois to Kansas City to Springfield, Missouri.  “We were fortunate to have Assistant Prosecutor Josh Taylor working with Cpl. Lilleman in this case.  Josh’s detailed legal research and effective arguments in court were key factors in putting Bellamy out of business.” “Bellamy has stolen more from this county than he will every repay, during the course of which he has dragged down many young offenders with him.  We derive no satisfaction from putting anyone in prison, but Bellamy’s negative influence had to be stopped, ” Stouffer said, adding that “the sense of being violated that our victims felt will hopefully dissipate over time and they will again feel safe in their own home.” 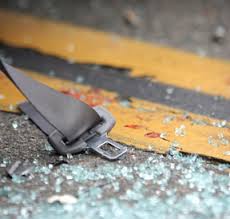 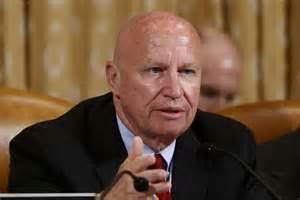