A 49-year-old Marshall woman was arrested on Saturday with felony charges of stealing through the internet with the pretense of adopting out monkeys. According to the Marshall Police Department Patricia Ann Stanley tricked people into thinking they were sending money to transport the monkey to their home. Stanley is accused of keeping a portion of the money and sending the rest to an account in Africa. Marshall Police has been investigating the scam since December of 2009. Officers used the internet to set up an adoption of a monkey and sent the cash. Stanley was arrested when she went to claim the money. She is being held in the Saline County Jail on a 10 thousand dollar cash bond.
Press release from Marshall Police Department

Ms. Stanley scammed people through the use of the internet with the pretense of people adopting monkeys.  The only thing Ms. Stanley required from the adopter was to send her money to purchase an airline ticket so she could have the monkey flown to the person who wished to adopt the monkey, however, no monkey was ever sent.  Ms. Stanley would receive money through Western Union or MoneyGram and then keep a portion of the money for herself and then wire the balance to an account in Africa.  Ms. Stanley had scammed people in Maryland, Pennsylvania, Ohio, Texas, Kansas, South Carolina and even overseas as far as Australia and Hong Kong.  Ms. Stanley was working with individuals from Cameroon, Africa.  Marshall Police learned from their investigation the scam had been in effect since December 2009.

Marshall Police made contact with Ms. Stanley through the use of the internet and made arrangements for the adoption of a monkey and sent money for Ms. Stanley to purchase an airline ticket.  Ms. Stanley was later arrested when she went to obtain the money from a local business through MoneyGram.

Ms. Stanley has been charged with felony stealing and a bond set for $10,000.00 cash only.  Ms. Stanley is currently being held at the Saline County Justice Facility. 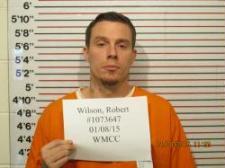