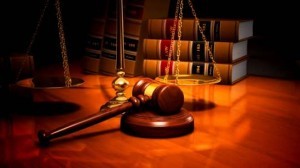 UPDATE: 3/26/17 – A case against a Marshall woman is scheduled for review after a continuation from January.  A change of venue was requested January 11.

Lara Lynn Browder, 26, faces a single felony charge of abuse or neglect of a child resulting in death.  The case currently continues Monday, March 27, in Saline County with a docket placement of 9 a.m.

Yesterday, the State requested a motion for disclosure by defendant. Browder’s arraignment is scheduled for 9:00 a.m. tomorrow, December 21, 2016 at the Saline County Circuit Courthouse in Marshall.

MARSHALL, Mo.– A Marshall woman is in custody on charges connected to the death of her eight-month-old child. Lara Lynn Browder, 26, is charged with one felony charge of abuse or neglect of a child resulting in death.

A probable cause statement indicates Marshall police responded to a 911 call for a non-breathing, unresponsive child , identified only as M.Z.B., who was pronounced dead at Fitzgibbon Hospital. An autopsy showed the child died from blunt force trauma to the head, resulting in large skull fractures, while in the custody of Browder only.

Browder did not admit to causing the injuries but offered no explanation when questioned. She is being held on a $500,000 cash only bond and will appear Wednesday, Sept. 28, 2016, for a hearing in Marshall, Mo.