COLUMBIA, Mo., April 19, 2013 — Miriam Martin, Bucklin, Mo., has been named the 2013-2014 Area 3 State FFA Vice President at the 85th Missouri FFA Convention. Martin is a member of the Meadville FFA Chapter. Her advisor is Phillip Martin. Her parents are Phillip and Heather Martin.

Martin served as chapter president and reporter. She served as vice president of the Area 3 FFA Association.

Martin won the National Ag Day essay contest in 2012. She is a 2011 graduate of the Missouri Agribusiness Academy. She received first place in the area proficiency award of agriculture processing.

Martin is involved in National Honor Society and served as president. She was the varsity basketball co-captain and was selected to attend the Washington D.C. Youth Tour with Missouri’s electric cooperatives. Martin is the Wyandotte 4-H Club president and is a Missouri Pork Association Youth Ambassador.

Martin plans to study animal science at the University of Missouri this fall. She hopes to devote her career to improving the swine industry through advancements in efficiency, government policy, public and foreign relations, and biotechnology.

The FFA makes a positive difference in the lives of students by developing their potential for premier leadership, personal growth and career success through agricultural education. 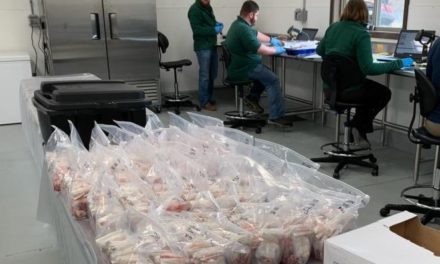 MDC thanks deer hunters for help with CWD sampling