JEFFERSON CITY, Mo. — As soon as it is dark on June 30, the 2019 frogging season will be officially underway.

The Missouri Department of Conservation announced in a press release Monday the dates for the 2019 frogging season. The season ends on October 31. 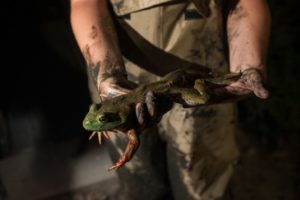 Bullfrogs and green frogs are the two most popular native frog species in Missouri, which can be hunted with either a Missouri fishing permit or small-game permit during the season.

To learn about frogging season in Missouri and view frog leg recipes, visit the Missouri Department of Conservation’s website.