To celebrate the 50th anniversary of the Missouri Champion Tree Program, Dentner encourages Missourians to get outside this summer and help expand their champion tree list.

JEFFERSON CITY, Mo. – From the giant bur oak in Boone County to a notable swamp cottonwood in Dunklin County, 38 champion trees are on public property waiting to be seen by tourists and residents alike.

The Missouri Department of Conservation’s Champion Tree Program began in 1968 and has recognized over 130 tree species throughout the years. As MDC’s Forestry Program Supervisor Holly Dentner explained, they would really like to see the list continue to expand.

“What we really want for folks to do is to get out and join the hunt themselves,” Dentner said. “Spend sometime this summer looking for big trees in your neighborhood or even going online and checking out our list of champion trees and going to visit them out in person.”

None of the trees on the original 1968 list rank on the document today. Dentner explained there are “bigger, badder trees” discovered each year.

When the MDC is working to classify a tree, they measure the circumference of the trunk, the height and the crown head. After all three measurements are recorded, the MDC then uses a national calculation to determine which tree is the biggest. This process can be completed a countless amount of times in a year.

Individuals who are up for the challenge will need a tape measure, two stakes and a yard stick to measure potential champion trees. For full instructions on how to measure the circumference, the crown spread and the height visit the MDC Champion Trees website.

According to the MDC, a tree must be native to Missouri and defined as “woody plant having one erect perennial trunk at least three inches in diameter at a point of 4.5 feet above the ground, a definitely formed crown of foliage, and a mature height of at least 13 feet,” to be classified as a champion.

After locating a possible champion tree, Dentner recommends calling an MDC forester who can double check the measurements and add it to the list if it makes the cut.

A full list of champion trees can be found at mdc.mo.gov. 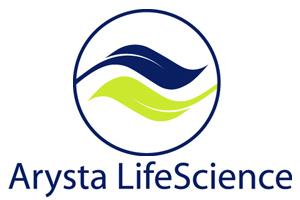