PRESS RELEASE: (MDC) JEFFERSON CITY, MO – The Missouri Department of Conservation (MDC) reports that it has confirmed 24 new cases of chronic wasting disease (CWD) in Missouri from nearly 27,000 tissue samples collected from white-tailed deer and submitted for disease testing this season. Most of the tissue samples were taken from hunter-harvested deer.

CWD is a deadly disease in white-tailed deer and other members of the deer family. The purpose of MDC’s CWD sampling and testing efforts is to find cases early so the Department can limit the spread of the disease. Learn more about CWD at mdc.mo.gov/cwd.

“While any new cases of CWD are not good news, we are happy that no cases have been found in new counties this year,” said MDC Wildlife Disease Coordinator Jasmine Batten. “Overall, CWD remains relatively rare in the state and even in most areas where it has been found. These results suggest that our disease-management actions are working.”

The 24 new cases bring the total number of CWD cases in the state to 140. MDC has tested about 130,000 deer since the first cases of CWD were found in free-ranging deer in Missouri in 2012. Get more information at mdc.mo.gov/cwd under “CWD in Missouri.”

Batten added that there were only three new CWD cases near the Missouri-Arkansas border, an area of heightened concern considering the extent of CWD in northwest Arkansas.

“More than 700 deer and elk in northwest Arkansas have been confirmed to have CWD in the past few years, so we consider finding only three new cases in Stone and Taney counties of southwest Missouri to be good news.”

About 8,000 of the nearly 27,000 tissue samples MDC had tested this season were collected by taxidermists and meat processors around the state as part of the Department’s voluntary CWD sampling efforts. Free voluntary sampling continues through the end of deer season, Jan. 15. Get more information at mdc.mo.gov/cwd under “Voluntary CWD Sampling All Season.”

MDC’s mandatory sampling efforts in 29 counties during the opening weekend of the November portion of the firearms deer season yielded about 18,800 of the nearly 27,000 tissue samples tested for CWD.

MDC will continue its efforts to manage CWD after the Jan. 15 close of deer season into March. MDC staff will again work with landowners on a voluntary basis in the immediate areas around where recent cases of CWD have been found to remove more potentially infected deer. The goal of the effort is to limit the spread of the disease and to keep the percentage of deer that have the disease low. Learn more at mdc.mo.gov/cwd under “Post Season Targeted Culling.”

MDC staff prepare some of the more than 27,000 tissue samples collected for CWD testing during this deer-hunting season. MDC’s finding of 24 new cases of CWD brings the total number in the state to 140. MDC has tested about 130,000 deer since the first cases of CWD were found in free-ranging deer in Missouri in 2012. 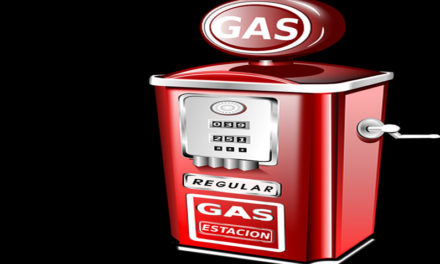