MDC teams up with Earth’s mightiest heroes against alien invaders

MISSOURI — With technology playing an ever larger role in everyday life, many Missourians do not experience the great outdoors.

In an effort to get families out of the house and into the woods, the Burr Oak Woods Nature Center in Kansas City is hosting a special event that combines some of the greatest superheroes with the most invasive species that reside in Missouri.

KMZU’s Dan Watson talked with Bill Graham, a Media Specialist with the Missouri Department of Conservation, to learn what guests can expect when they visit the nature center on October 5.

Click below to listen to their conversation, which aired Tuesday on KMZU. 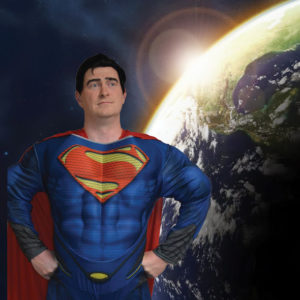 The Superheroes and the Curse of the Alien Invaders event pairs epic battles with an educational and fun experience.

“Well, people can expect a really both entertaining and informing walk along one of our trails out there,” Graham said.

Some of the most popular superheroes take on invasive plant species that are taking over Missouri landscapes.

“. . .alien invaders which is alien invaders of the woods you know like Shrub Honeysuckle . . . plants that are not native to Missouri and that have become a problem because they are so prolific that they are crowding out our desirable native species.”

Graham says that the staff at the Burr Oak Woods Nature Center is very creative when putting on events as the theme changes each year.

Heroes from both the DC and Marvel cinematic universes are set to appear along the trail.