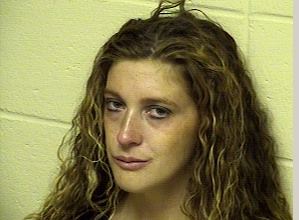 Chillicothe Police have wrapped up their investigation into a case of prostitution with the help of the Livingston County Sheriff’s Department. Click to hear KMZU’s Chelsea Wade talk with Sheriff Steve Cox:

Nickell was released pending the filing of formal charges. Under Missouri statute, prostitution is a class B misdemeanor punishable by six months in jail or a $500 fine. Cox says additional charges could be filed.

We recently received information from the Chillicothe Police that a female was in Chillicothe allegedly offering prostitution services. On the early afternoon of Monday, March 21, a Livingston County deputy sheriff in plain clothes and private vehicle was allegedly approached by a female near Locust and Polk Streets. The female allegedly told the officer she was trying to make some money. The deputy reported asking if she was doing odd jobs or baby sitting when she offered to “do anything” for money and she further explained this was nearly any type of sexual performance for $200.00 and added this was the same amount she received from a recent customer. The deputy telephoned an officer from the Chillicothe Police in attempt for that officer to overhear their conversation. The female allegedly described that an additional friend would be additional money, but for $400 they could have a real good time. The deputy told the female he had to go to an ATM and she then invited herself to ride along. The deputy drove directly to the Livingston County Sheriff’s Office where Chief Deputy Lightner was waiting outside the building and our deputy explained to the suspect this was where she was to get out.

We arrested Lena Rae Nickell, 26, Meadville, for alleged prostitution. Ms. Nickell is reported to be on probation/parole. Additional evidence was seized and the entire investigation file is being submitted to the Livingston County Prosecuting Attorney for consideration of criminal charges.

Soldier Admits Plans for Attack on Fort Hood in Texas