Meche is a Memory 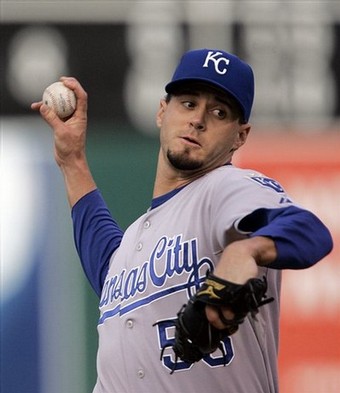 change and move into the bullpen this year after all.
Meche, 32, announced his retirement from the game on Tuesday. After struggling the last two years with health issues, the right-hander moved into the bullpen late last season and was expected to pursue that role in 2011.  “After a lot of thinking and prioritizing of issues in my life I have decided to retire from baseball.  As a competitor my entire life this is the hardest decision that I’ve ever faced, but it’s not fair to me, my family or the Kansas City Royals that I attempt to pitch anymore.  I came into this game as a starting pitcher and unfortunately my health, more accurately, my shoulder, has deteriorated to the point where surgery would be the only option and at this stage of my life I would prefer to call it a career rather than to attempt to pitch in relief for the final year of my contract.

“I can’t thank the Kansas City Royals and their fans enough for my four seasons there and if I have any regret, it’s that we weren’t able to accomplish on the field what the goal was when I signed there.”

The most immediate impact for the Royals is that his retirement frees up the $12 million remaining on the five-year, $55-million contract he signed on Dec. 8, 2006. This would have been the final year of the deal.  Meche’s decision to retire is a complete turnaround from his attitude in the final week of the 2010 season when he talked about his eagerness to continue his career in the bullpen.

“I obviously cannot start,” Meche said in an interview with MLB.com at that time. “I know that, they know that, so I’ll just do the best I can at this position. I’ve had a lot of fun with it and I think I’m going to be a huge part of the bullpen.”

Meche’s shoulder problems began late last Spring Training and, in April and May, he made nine starts and was 0-4 with a 6.66 ERA. He gave up 56 hits and 34 walks in just 48 2/3 innings. The figures hurt as bad as the shoulder.

For a time, he appeared headed for shoulder surgery, which would have knocked him out of the 2011 season entirely. But he decided against that, explaining that he felt his shoulder could hold up with the shorter bullpen appearances and that this was the only way he could fulfill his desire to pitch in the final year of his contract.

After various medical meditations and rehabilitation rehearsals, he joined the Royals’ bullpen for September and October. Results: 11 games and one loss but a 2.08 ERA. He faced 50 batters in 13 innings and gave up nine hits and four walks with 11 strikeouts.

“I feel real good about Gil in the bullpen going into next year,” Yost said near the end of last season. “I feel like I’ve got a real veteran guy out there that’s been through it all and can handle any situation.”

At the time, Meche seemed ready to turn his back on the part of his career that included 243 Major League starts and more than 1,400 innings in 10 seasons. Now he’s decided to step out of the game completely with a record of 84-83 and a 4.49 ERA in a total of 258 games with the Royals and the Seattle Mariners.

In 1996, he was a first-round pick, No. 22 overall, by the Mariners in the First-Year Player Draft. He reached the big league club in 1999 and went 8-4 in 16 games. But the next year he began having shoulder problems and eventually underwent arthroscopic surgery that kept him out of the Majors for the 2001 and 2002 seasons.

Meche returned to the Mariners in 2003 to win a career-high 15 games and was named Sporting News Comeback Player of the Year. Except for a 10-start demotion to Triple-A Tacoma in 2004, he remained in the Mariners’ rotation through 2006, when he became a free agent and signed with Kansas City.

He was the Royals’ Opening Day starter for his first three years with the club.

One of his best games, a 5-0 shutout over Arizona on June 16, 2009, also turned out to be controversial. He made a career-high 132 pitches, convincing then-manager Trey Hillman to finish the game despite the five-run cushion. After that he wasn’t nearly as effective, winning just twice in his next nine games with his ERA jumping from 3.31 to 5.09. A sore shoulder ended his season in late August and some observers blamed the long outing for his decline.

Meche was picked for the American League All-Star team in 2007 and was the Royals’ Pitcher of the Year. In 2008, he struck out 204 and combined with Zack Greinke for 366, most by a Royals tandem since David Cone and Kevin Appier fanned 377 in 1993.

His big league career began at 20 years, 9 months and 28 days in a start at Anaheim, becoming the Mariners’ youngest player to debut since Alex Rodriguez at 18 in 1994. Now, apparently, Meche’s career is over at 32.
By Dick Kaegel / MLB.com 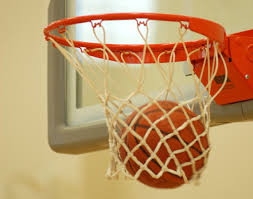