Missing swimmer suspends Shootout at Lake of the Ozarks

UPDATE: (08/25/19) 12:27 a.m.) – The body of a swimmer who went missing at the Lake of the Ozarks yesterday (Sat) was recovered last night. Troop F of the Missouri Highway Patrol posted a tweet that says their divers located the victim, Sean T. Burgess, 23, of Peoria, Illinois, around 10:47 p.m. Saturday night. The man jumped from a floating pad while the Shootout on the Lake race was taking place but never resurfaced. The race was suspended while boats and dive teams searched around the 33 mile marker of the lake.

CAMDEN COUNTY, Mo. – The Shootout ended early today due to a swimmer going missing at the Lake of the Ozarks. 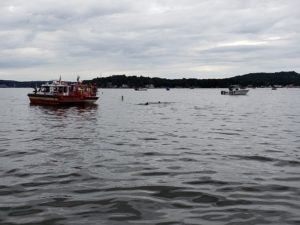 around 1:00 p.m. and never resurfaced. The race was called off as boats and a dive team worked around the 33.8 mile marker.

Most of the spectator boats have cleared out and a second dive team is on the scene. 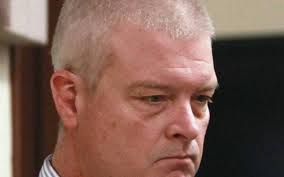