As a part of the state’s coordinated response to flooding in the bootheel, the Missouri Department of Agriculture is working to provide necessary resources, including support for agricultural evacuations, communications and technical assistance, for emergency efforts at the local, state and federal levels.
Department personnel were in southeast Missouri last week and over the weekend to meet with farmers, agribusinesses, emergency workers and other residents in areas affected and potentially affected by flooding, including the more than 130,000 acres of prime farmland in the path of the Birds Point levee breach.
Director of Agriculture Dr. Jon Hagler spoke with U.S. Secretary of Agriculture Tom Vilsack Friday and with USDA Acting Under Secretary for Farm and Foreign Agricultural Services Michael Scuse over the weekend. In their discussion of the flooding in southern Missouri, Director Hagler was able to share with them the seriousness of the situation, including short and long-term impacts on the more than 200 square miles of agricultural land in the floodway in Mississippi and New Madrid counties, as well as the areas experiencing flooding below Lake Wappapello and near Poplar Bluff.
The agricultural land expected to be affected in Mississippi County alone is valued at more than $300 million and has been some of the most productive soil in the state. In 2010, Mississippi County farmers harvested 6.2 million bushels of soybeans and 9.4 million bushels of corn.
In Mississippi and New Madrid counties, the Department of Agriculture has assisted in the evacuation of several livestock operations, including 2,000 sows and 1,600 piglets from one farm. The Department also helped in the evacuation of 64 cattle and three horses from the Birds Point Spillway. Farther west,they provided aid to four poultry facilities and also are monitoring grain facilities near Lake Wappapello. Throughout southeast Missouri, individuals from the Department’s fuel programs continue to address flooding-related concerns with on-farm storage tanks, including those containing gasoline, diesel, propane and anhydrous ammonia.
The Missouri Department of Agriculture will continue to provide support to the State Emergency Management Agency at the facility in Jefferson City. Staff members have been assisting with communications and resource coordination for requests from 6 a.m. to midnight since Governor Nixon activated the agency last week.

Do Trespassers Have Legal Rights 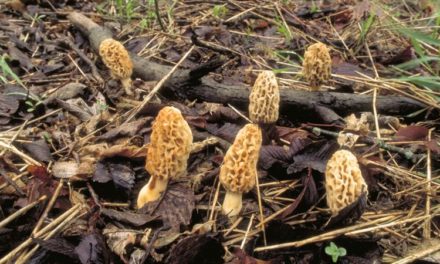 When searching for Morels in Missouri, look for specific clues