KANSAS CITY, Mo. (AP) — Missouri reported more than 1,400 newly confirmed cases of COVID-19 Monday, which was a drop from record numbers reported during the weekend. 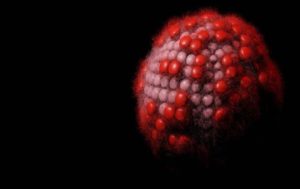 The 1,405 confirmed cases reported Monday raised the state’s total to 158,101 since the pandemic began.

On Saturday, the state reported a record 2,357 new cases, and another 1,768 confirmed cases were reported Sunday. Deaths since the COVID-19 pandemic rose to 2,590 Monday, eight more than Sunday.

The Park Hill School District in suburban Kansas City reported Monday that a college student who worked with several student-athletes in the district died from COVID-19.

Park Hill South High School Interim Principal Kerrie Herren said in a letter to parents that LeAndra Breann Stang died Sunday. She worked with students in the district as she trained to become an athletic trainer, Herrin said.

The school did not release further details about Stang’s work with the district.

Herren said when Stang got sick, the district worked with health departments and followed its strict guidelines for quarantine in the case of direct exposure.

Two Vehicle Accident on I-70 Westbound