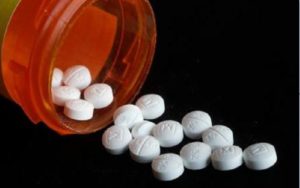 Randall Halley, 63, of Nixa was indicted by a federal grand jury in Springfield Thursday on 29 charges. Halley is accused of taking over $92,000 in kickbacks from an Arizona pharmaceutical company for writing over 350 prescriptions for the spray between May 2013 and March 2019.

In addition to having a private medical practice in Nixa from 2004 until 2019, he was also the medical director at Magnolia Square and Seasons Hospice & Palliative Care in Springfield, Ozarks Methodist Manor in Marionville, and Ozark Riverview Manor in Ozark.

According to prosecutors, Kapoor bribed doctors to prescribe the company’s medication, including to patients who didn’t need it.