ST. CHARLES, Mo. (AP) — Missouri’s health department reported 936 confirmed new cases of the coronavirus on Tuesday, by far the largest number reported in the state in a single day since the pandemic began. 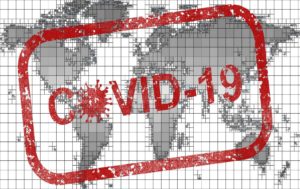 Missouri’s previous one-day high for new cases was 795, on Thursday. All told, 28,826 confirmed cases of the coronavirus have been reported in Missouri, and 1,093 deaths, including 10 announced Tuesday.

“This virus is still here, and it’s not going to just disappear,” Republican Gov. Mike Parson said. “Yes, we are going to see more positive cases. We know this, but we are in a much different place than we were four months ago.”

He said the state is better prepared to handle outbreaks than it was when the virus first hit Missouri.

Missouri is among several states that are seeing big increases in confirmed cases, as well as upticks in hospitalizations. Missouri reopened in mid-June, and although Parson has frequently urged people to wear facial coverings, maintain social distancing and avoid large gatherings, some experts say it’s clear they aren’t listening.

“Again, I think we got lulled into a false sense of security by thinking the virus has either gone away or (is) not as dangerous as we thought it had been, so now it’s seeing a resurgence because of all of those things, unfortunately,” said Dr. Alex Garza of the St. Louis Metropolitan Pandemic Task Force.

Parson himself faced criticism from the Missouri Democratic Party for not wearing a mask during a campaign event last week, despite being photographed standing close to attendees.

Parson said he was social distancing as best he could but as governor people often walk up to him to talk or shake his hand. Asked why he didn’t wear a mask to an event where that would likely happen, he said he didn’t have prolonged close contact with anyone.

The number of confirmed cases has risen sharply around the state, including counties in southwestern Missouri that have meat processing plants. The Kansas City area has seen a big increase, and so have some suburban areas near St. Louis.

Among them is St. Charles County, Missouri’s third-largest county with 402,000 residents. It has reported 690 new confirmed cases over the past 14 days, compared to 153 cases in the previous 14-day period. Eighty people have died there, including three long-term care facility residents whose deaths were announced Monday.

St. Charles County Executive Steve Ehlmann and the county health department are monitoring the situation and, if trends continue, “everything is on the table,” county spokeswoman Mary Enger said.

In downtown St. Charles, the popular shops along the red-bricked Main Street are mostly busy despite the pandemic. Many require facial coverings, including the “Missouri Artists on Main” store.

Jack Schwab, a 60-year-old silver jewelry artist, and 63-year-old painter Debbie Wilger said most people who come in abide by the mask policy, but a few have stormed out in anger.

“Being rock-headed Americans, we don’t like to be told what to do,” Schwab said.

Springfield has joined the growing list of Missouri jurisdictions requiring facial coverings in most public settings. The City Council approved an emergency ordinance Monday night. St. Louis city and county, Kansas City and Jackson County and several more also have mandated masks or other facial coverings in an effort to slow the spread of the coronavirus.

Cases have also risen recently in the Kansas City area, and some businesses in the restaurant and hospitality industries that had reopened are closing again to in-person customers.

Among them is Margarita’s, a popular Mexican restaurant that posted on Facebook over the weekend that it is reverting to curbside and takeout only.

“The safety of our customers and staff is our main priority,” the posting stated.

Jackson County announced Tuesday that it will partner with churches to give away 100,000 masks, starting Wednesday.