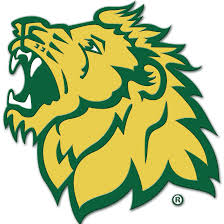 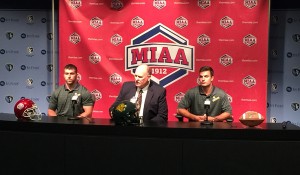 KANSAS CITY, Kan.- Missouri Southern looks to revamp their football program as the Denver Johnson era is set to begin. Coach Johnson comes with a lot of experience, previous head coaching stints include three years with Murray State from ’97-’99 and nine years with Illinois State from 2000-2008.  His last position was with Tulsa from 2011-2014, where he served as an OL coach. It’s no secret Coach Johnson has got experience, but can he lead the Lions to MIAA relevance? The Lions finished T-7th last year in the MIAA finishing 4-7.  Although they’ve lost 14 position starters, they are returning 13 other position starters highlighted by Sr. RB Giresse Forchu who had 719 yds. last season and 15 TD’s, as well as Jr. S Johnquavious McBride who finished with 95 Tackles, 48 solo, 3.5 Sacks, 4 INT,  and 2 FRCV.

The Lions have gone through numerous coaching staffs in the last few years and Coach Johnson looks to change the culture within the program.

“The biggest hurdle is the incredible competition within this league.  When you look at Div. II football across the country, your in a powerhouse conference here. I actually think we have more advantages then hurdles. ”

Sr. WR Michael Nelson who joined Coach Johnson at media day actually played RB for the Lions last year has been one of the few players that has gone through the dramatic changes Missouri Southern has made in previous years. Last season he rushed for 528 yds. along with 7 TD’s.

“We’re excited for the change, it’s always a learning curve bringing in anything new but I’ve been here for five years and been through three coaching staffs. I’m excited to have this change and new things come to Missouri Southern, and I think it’s going to be a great change for us.”

Senior LB Justin Tomlinson was also in attendance finished off his 2014 season with 49 tackles and 20 solo tackles.

Richmond Falls to Huskers for Homecoming