Missouri is one of more than a dozen states that make families with incomes below or near poverty level pay state income taxes.

Missouri is one of more than a dozen states that require families with incomes below or near the poverty level to pay state income taxes. A family of three with an annual income just $1000 above the poverty line still pays Missouri income tax.

According to policy analyst Phil Oliff, author of a new report on the subject from the Center on Budget and Policy Priorities, states with such tax policies are putting themselves at an economic disadvantage.

“In Ohio, West Virginia and Missouri, families with very low incomes are required to pay income taxes. That hurts those families themselves, makes it harder for them to work their way up the economic ladder, and it’s bad for the broader economy.”

Some state lawmakers have argued for cutting taxes on businesses and high-income individuals to spark growth. Oliff says cutting taxes on the working poor is a better way to boost the economy, because most lower-income families spend everything they make.

Oliff says states often depend on sales taxes that land especially hard on lower-income families. To compensate, many states have tried in the past to cut income taxes for the working poor. He says some of those efforts were stalled by the great recession, but thinks the states should revive them.

“Reducing the taxes of low-income families, as the states have done over the last 20 years, can really help them to offset work-related costs like child care and transportation expenses, really make work pay for them.”

Tax reform advocates say Missouri’s state income tax structure hasn’t been adjusted since the 1930s, which means people living in poverty are paying about the same rate as millionaires in the state, in terms of the percentage of their income spent on taxes. 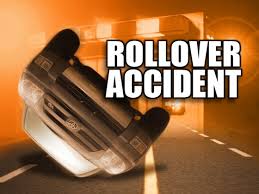