According to the Missouri State Highway Patrol, Crystal Hardee, 36, of Peculiar was northbound on I-49 at East Creek Bridge around 7:00 a.m. on July 24.

Hardee left the roadway, struck a guardrail, overturned and became ejected from the vehicle. Her vehicle eventually came to rest on the roadway.

Hardee was taken by South Metro EMS to Research Medical Center in Kansas City. She reportedly sustained serious injuries from the accident.

It is unclear if Hardee was wearing a seat belt at the time of the accident. 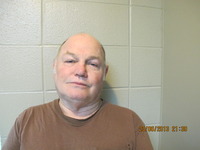