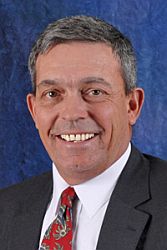 According to Hurst the meetings with legislators also touched on EPA over reach and how the agency could impact the farm sector.

The group also visited the New Zealand Embassy where trade was the main topic.  According to Hurst there is currently a New Zealand trade deal under negotiation that would benefit the Missouri agriculture industry but he says market share will continue to be lost until the deal is finalized.

Legislation to be Introduced Ending Oil and Gas Subsidies