The fee for blanket oversize permits to haul wide loads of hay is waived through Dec. 31 on loads up to 12 feet, four inches wide, that are of legal height, length and weight. Farmers should call MoDOT’s Motor Carrier Services office at 1-800-877-8499 to report the year, make and license plate number of their power unit and provide their business name and address. Motor Carrier Services will then issue the permits by fax or email.

Click to hear Department of Agriculture Director Jon Hagler talk with KMZU’s Mandy Young about a provisions put in place to assist producers.

JEFFERSON CITY – With no end in sight to this year’s record-setting drought and concern that hay shortages might spread, the Missouri Department of Agriculture requested assistance for farmers from the Missouri Department of Transportation.
MoDOT announced it will allow heavier than normal loads of corn and other crop silage and baleage to be hauled on selected Missouri highways. Private and for-hire motor carriers may carry up to 10 percent more than their licensed weight, however, the heavier loads are not allowed to use interstate routes or national defense highway routes.
Farmers who determine their corn, milo, hay and other crops will not bear a harvest often cut, chop and transform the plants into food for livestock.
Overweight permits are not required for these slightly overweight loads. All other traffic and motor carrier regulations that normally apply remain in place. This waiver is in effect between noon, Friday, July 27, 2012 and noon, Friday, August 31, 2012. While the waiver is in effect, participating motor carriers are limited to:
· A loaded, gross weight no greater than ten percent (10%) above the gross licensed weight of the commercial motor vehicle
· Transportation only within the State of Missouri
· Drivers must obey all posted bridge weight limits
· When crossing a bridge, the driver must restrict the vehicle speed to no more than thirty miles per hour (30 mph) and must center the truck between two lanes of the bridge. The truck driver must yield to oncoming traffic, and
· Travel on highways other than Missouri interstate and national defense highways – NO TRAVEL IS ALLOWED ON MISSOURI INTERSTATE HIGHWAYS OR NATIONAL DEFENSE HIGHWAY ROUTES.

All travelers are advised to visit the MoDOT Traveler Information Map at www.modot.org for up-to-date road closure information.
For questions, call 1-800-877-8499 between 7 a.m. and 5 p.m. Central Time.

Beef Checkoff Financial Firewall Working as it Should 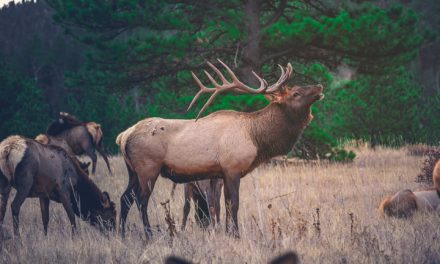