The Chiefs could not stop a balanced Jets offensive attack and Kansas City’s offense could not get off the ground in a lop-sided 37-10 loss at MetLife Stadium. The Jets kept the Patriots from clinching the AFC East with their rout of the Chiefs. New York quarterback Mark Sanchez sparked his club’s eighth win in 13 games by throwing for two TDs and running for a pair of scores. Teammate Shonn Greene rushed for a season-high 129 yards and a touchdown.

The Broncos failed to score on their first 11 possessions and trailed 10-0 until Tebow led three straight scoring drives and Matt Prater hit a pair of long field goals to lead a 13-10 overtime win against the Chicago Bears. The comeback began with Tebow’s 10-yard scoring pass to Demaryius Thomas with just 2:08 left in regulation. Tebow also engineered a game-tying scoring drive in the final minute of regulation before Prater hit a 59-yard field goal with three seconds left. Prater won it by drilling a 51-yard kick with 8:34 left in OT. following a fumble by Marion Barber on the Denver 33 yard line.

San Diego made it two straight wins since ending a six-game skid. Ryan Mathews ran for 114 yards and Philip Rivers threw for 240 yards and three touchdowns as the Chargers hammered Buffalo 37-10. Antonio Gates had one of his best games of the season, catching seven passes for 68 yards and two scores to help San Diego improve to 6-7.

The Green Bay Packers are 13-0 following a 46-16 thrashing of the Raiders. Aaron Rodgers threw for 281 yards and a touchdown before he was taken out of the game with Green Bay well ahead in the third quarter. Ryan Grant ran for 85 yards and two TDs for the Packers, who picked off Carson Palmer four times.

San Francisco dropped to 10-3 by blowing a 19-7 lead in the second half of a 21-19 loss at Arizona. John Skelton threw a three-yard touchdown pass to Andre Roberts with 11:50 remaining to put the Cardinals ahead to stay. He also fired a 60-yard scoring strike to Early Doucet and finished with 282 passing yards, two touchdowns and two interceptions for the 6-7 Cardinals.

The Texans will be playing in the postseason for the first time in franchise history. Houston beat Cincinnati 20-19 on a 6-yard TD pass by rookie T.J. Yates with two seconds on the clock, and then won the AFC South title when Tennessee dropped a 22-17 decision to New Orleans. The Texans sit at 10-3 following a seventh straight W. The loss was a blow to the Bengals’ playoff hopes. They fall to 7-6.

Drew Brees hooked up with Marques Colston on two fourth-quarter TD passes to help the Saints to their fifth straight win and 10th in 13 games this season. At 7-6, Tennessee is left scrambling for a playoff berth.

The New York Giants have regained control of their playoff destiny by scoring two touchdowns in the last 3:14 of a 37-34 triumph over Dallas. Brandon Jacobs scored the go-ahead touchdown on a one-yard burst with :46 remaining before D.J. Ware scored on the conversion. Tony Romo marched Dallas into Giants territory over the next 40 seconds, but Dan Bailey’s 47-yard field-goal attempt was blocked by the Giants. Manning passed for 400 yards and two touchdowns to help the Giants overcome Romo’s four scoring passes. New York ended a four-game losing streak, improved to 7-6 and grabbed the tiebreaker from the Cowboys in the battle for the NFC East crown.

Elsewhere around the NFL, New England moves to 10-3 and a step closer to a postseason berth with a 34-27 win at Washington. Tom Brady threw two of his three TD passes to Rob Gronkowski, who set a single season record for tight ends with his 14th and 15th TD receptions.

The Ravens took another step toward securing a postseason berth, and the hapless Colts slipped a notch closer to matching one of the NFL’s most dubious records. Terrell Suggs had three sacks and forced three fumbles as part of an overwhelming defensive performance by Baltimore in a 24-10 win that drops Indianapolis to 0-13. The Ravens pull back into a tie with Pittsburgh atop the AFC North. The Steelers beat the Cleveland Browns on Thursday night to get to 10-3.

Matt Ryan led Atlanta to another comeback victory over Carolina, keeping the Falcons in the playoff chase. Ryan threw two of his four touchdown passes in the fourth-quarter and Atlanta erased a 16-point deficit for a 31-23 victory that gets them to 8-5. Ryan finished with 320 yards and his four TD passes matched a career high.

Detroit improves to 8-5 and remains in the NFC wild-card hunt with just its third win in eight games. Matthew Stafford threw two TD passes and the Lions hung on to defeat Minnesota 34-28. Vikings backup quarterback Joe Webb fumbled the ball away deep in Detroit territory as the clock ran out.

The Los Angeles Lakers have finally managed to move Lamar Odom. The Lakers have shipped the forward and a second-round draft pick to the Dallas Mavericks for a first-round pick and an $8.9 million trade exception. The two teams moved swiftly to arrange the deal after the NBA blocked a trade that would have sent Odom to the Hornets and brought guard Chris Paul to Los Angeles. The transaction allows the Lakers to keep forward Pau Gasol while continuing to work on a possible trade for Orlando center Dwight Howard.

Cincinnati says three of the basketball players involved in Saturday’s brawl at the end of a game against eighth-ranked Xavier have been suspended six games each. The trio includes forward Yancy Gates, who punched at least two Musketeers players. One other Bearcat was suspended for one game. Xavier suspended two players for four games, one player for two games and one player for one game. The fracas prompted the referees to call Xavier’s 76-53 win with 9.4 seconds left on the clock.

Also in top-25 men’s hoops, JaMychal Green dropped in 21 points and Tony Mitchell added 15 as the Crimson Tide downed Detroit 62-54. Freshman Nick Jacobs had 13 points for Alabama, which led by 22 late in the first half and improved to 8-2.
D.J. Richardson scored 20 points and 21st-ranked Illinois improved to 10-0 by downing Coppin State 80-63. The Illini closed on a 21-6 run to remain one of the nation’s nine unbeaten teams.
No. 21 Memphis was beaten on its homecourt as Donte Poole drained a career-high six three-pointers and scored 20 points to lead Murray State past the Tigers 76-72. Ed Daniel added 13 points and nine rebounds to the upset victory. 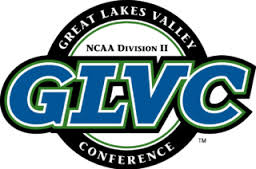 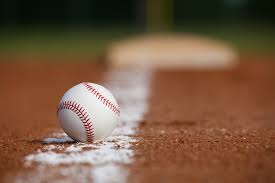