The 2011 KMZU Football Dream Team Banquet was held on Saturday evening in Wellington at the Community Christian Center. Area student athletes were recognized for their accomplishments during the season. To cap off the evening of festivities, the players and coaches of the year were announced.

The results from the 2011 Glasgow Basketball Tournament.

The results from the 83rd Savannah Invitational Tournament.

The University of Missouri has accepted an invitation to play in the 2011 AdvoCare V100 Independence Bowl. The Tigers (7-5 overall and 5-4 in Big 12 play) will play in the 36th annual edition of the game, set for Dec. 26th in Shreveport, La., against the North Carolina Tar Heels (7-5 overall and 3-5 in ACC play). The game will mark MU’s seventh-consecutive bowl game record), and eighth bowl appearance in the last nine seasons overall under Head Coach Gary Pinkel, after Mizzou had gone to only two bowl games in a span of 19 seasons dating from 1984-2002. Pinkel has passed College Football Hall of Fame Coach Dan Devine for most bowl appearances at Mizzou, with his eight bowl outings. The 2011 Independence Bowl appearance will be Mizzou’s 29th bowl game overall, with MU holding a 12-16 mark in its previous 28 outings.

Alabama is getting another crack at LSU; this time with a national championship at stake. The Crimson Tide held onto the No. 2 spot in the standings and will take on the top-ranked Tigers for the BCS championship. Alabama finished second in both the Harris and coaches’ polls by a wide enough margin to make up for the fact that Oklahoma State was ahead in the computer ratings. That sets up a rematch of two schools that met November 5 in Tuscaloosa, where the Tigers beat the Tide 9-6 in overtime.

Oklahoma State will play in the Fiesta Bowl against Stanford. Oregon and Wisconsin will square off in the Rose Bowl.

Rounding out the BCS bowl games, Clemson will take on West Virginia in the Orange Bowl, and Michigan will go against Virginia Tech in the Sugar Bowl.

Thousands of fans stormed the field and tore down goalposts after Oklahoma State’s 44-10 victory over archrival Oklahoma Saturday night, leaving at least 12 people injured, including one who was airlifted to a hospital. Michael Authement, who heads the command post at emergency medical provider LifeNet EMS, told The Associated Press that a throng so big took to the field as the game ended that some fans were trampled and one person fell at least 15 feet onto concrete during the wild celebration by Oklahoma State fans. There is a reason that the series between the two schools has been nicknamed bedlam.

Tyler Palko threw for 157 yards and a touchdown as the Chiefs beat the Bears in Chicago, 10-3. Palko connected with Dexter McCluster on a wild 38-yard pass to end the first half on a ball that got deflected by Brian Urlacher (UR’-lah-kur) and Chris Conte, giving the Chiefs a 7-3 lead and their first touchdown in three games. The Bears lost more than the game as running back Matt Forte (FOR-tay) suffered a right knee injury.

The Green Bay Packers blew a 28-17 lead in the second half Sunday, gave up a touchdown and a two-point conversion in the final minute, and surrendered 447 total yards to the reeling New York Giants. That didn’t stop the Packers from remaining the NFL’s lone unbeaten team.
Mason Crosby hit a 30-yard field goal as time expired as the 12-0 Packers escaped with a 38-35 win over the Giants. Aaron Rodgers marched Green Bay 68 yards in 55 seconds right after D.J. Ware tied the game by rushing for a two-point conversion following Eli Manning’s two-yard scoring toss to Hakeem Nicks.
Rodgers passed for 369 yards and four touchdowns, two to Donald Driver.

Manning threw for 347 yards and three touchdowns but had an interception returned for a touchdown as the 6-6 Giants absorbed their fourth consecutive loss.

The Packers also clinched the NFC North when Detroit lost to New Orleans.

Drew Brees (breez) threw for three touchdowns and the Saints never trailed in a 31-17 win over Detroit. Brees completed 26 of his 36 passes for 342 yards and no interceptions for the 9-3 Saints.

Robert Meacham had 119 yards on three receptions, including a 67-yard TD during the Saints’ 21-point second quarter.

The Lions dropped to 7-5, putting them in a virtual tie with Atlanta and Chicago for the two NFC wild-card berths.

San Francisco became the first team to clinch a division title after Alex Smith tossed a pair of long touchdown passes in the second half of the 49ers’ 26-0 shutout of St. Louis. David Akers hit four field goals and Frank Gore ran for 73 yards to become the team’s all-time rushing leader.

The Niners allowed just 157 total yards and nine first downs in wrapping up their first division crown since 2002.

Baltimore and Pittsburgh remain in a tie for the AFC North lead at 9-3 after both won today.

In Cleveland, Ray Rice rushed for a career-high 204 yards and a touchdown in the Ravens’ 24-10 win over the Browns. Rice ripped off a 67-yard run in the third quarter to help the Ravens finish with 290 yards on the ground. Ricky Williams also ran for a score and Lardarius Webb returned a punt 68 yards for another TD.

Ben Roethlisberger (RAWTH’-lihs-bur-gur) passed for two touchdowns and set a team record for career completions as the Steelers crushed the error-prone Cincinnati Bengals 35-7 to complete a season sweep. Cincinnati rookie quarterback Andy Dalton threw for 124 yards and a touchdown to A.J. Green but the Bengals couldn’t overcome two turnovers in falling to 7-5.

Also in the NFL, Rob Gronkowski caught two touchdown passes, and then scored on a lateral before the New England Patriots withstood a fourth-quarter rally to keep the Indianapolis Colts winless with a 31-24 victory. The Colts turned a 31-3 deficit into 31-24 with 36 seconds to go before Deion Branch recovered the onside kick. The 9-3 Patriots posted their fourth straight win and improved to 38-5 in December starting in 2001. The Colts are winless.

The Tim Tebow thrill ride continues in Denver as the much maligned quarterback passed for a season-best 202 yards and two third-quarter touchdowns to help the Broncos win their fifth straight game with a 35-32 victory at Minnesota. Matt Prater kicked two field goals in the final 93 seconds as the Broncos improved to 7-5. The Vikings’ Christian Ponder set Minnesota’s single-game rookie record with 381 yards passing, including a pair of touchdowns to Percy Harvin.

Kevin Kolb (KAHB’) hit LaRod Stephens-Howling for a 52-yard touchdown with 11:43 left in overtime to give Arizona a 19-13 comeback win over Dallas, preventing the Cowboys from expanding their lead in the NFC East. The Cowboys led 13-6 until Beanie Wells scored on a four-yard run with 13:08 left in regulation. Tony Romo threw for 299 yards, one touchdown and no interceptions for the 7-5 Cowboys, who still lead their division by one game over the Giants.

Behind 100 yards rushing and a touchdown by Reggie Bush, the Dolphins beat Oakland 34-14. Miami, which is 4-and-8 after starting the season with seven straight losses, has outscored opponents 139-54 in its last five games. The loss snapped a three-game winning streak for the Raiders, who fell to 7-and-5.

Houston has team-record six-game winning streak after beating Atlanta 17-10. Texans rookie T.J. Yates threw a touchdown pass in his first NFL start and Arian Foster rushed for 111 yards. The 9-3 Texans had to overcome another hamstring injury to Andre Johnson to get the win. The loss drops the Falcons to 7-5 and two games ahead of the NFC South-leading New Orleans Saints

Chris Johnson rushed for 153 yards and two touchdowns in Tennessee’s 23-17 win over Buffalo, which keeps the Titans in the playoff hunt at 7-5. Rob Bironas (bih-ROH’-nihs) hit three field goals, including a 44-yarder midway through the fourth quarter to put the Titans ahead 23-10. The Bills have lost five straight and are 5-7.

Mark Sanchez connected with Santonio Holmes for a go-ahead, 30-yard touchdown pass with 4:49 to play Sunday before the New York Jets completed a 34-19 win at Washington to improve to 7-5. Shonn Greene added a pair of insurance scores to help secure Sanchez’s 10th career fourth-quarter comeback or overtime victory, including playoffs. Green finished the day with 88 yards rushing and three touchdowns.

Carolina rookie Cam Newton ran for three touchdowns to set the NFL single-season record for rushing TDs by a quarterback, leading the Panthers to a 38-19 rout of Tampa Bay. The 2010 Heisman Trophy winner scored the 11th, 12th and 13th TDs of his career on a trio of 1-yard runs.

A person familiar with the negotiations tells sources that the Florida Marlins and shortstop Jose Reyes have agreed to a six-year, $106-million contract. The package includes a seventh-year option that would make it worth $120 million. Reyes led the National League with a .337 average last season, when he also paced the circuit in triples for the fourth time in seven seasons. He’s a lifetime .292 hitter with 370 stolen bases in 1,050 big league games.

Quincy Acy and Pierre Jackson each scored 16 points and No. 7 Baylor remained unbeaten with a 69-41 victory over Northwestern. Four players scored in double figures for the Bears, who are 7-and-0. Drew Crawford had 15 points to lead 7-and-1 Northwestern.

No. 18 UNLV was upset 89-to-70 by Wichita State as Joe Ragland scored 19 of his 31 points in the first half for the Shockers. Ragland entered the game with five 3-pointers this season before going 8 of 9.

San Diego State was one point better than No. 24 Cal as Chase Tapley hit two free throws with 8.6 seconds left to push the Aztecs past the Bears 64-63. Tapley finished with 25 points, including 10 of the Aztecs’ final 21.

Tiger Woods birdied his last two holes to win the Chevron World Challenge by one shot over Zach Johnson. Johnson had the lead but lost the tournament with pars on the final two holes. His round consisted of four birdies and three bogeys, while Woods had five birdies and two bogeys to finish 10-under par.
It was the 83rd title worldwide for Woods, but his first since the Australian Masters in 2009, a span of 26 official tournaments. 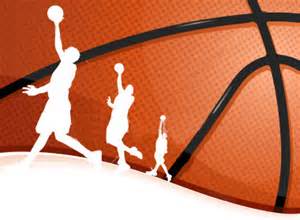 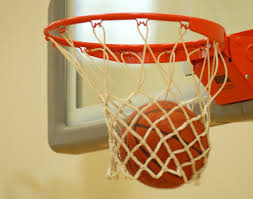