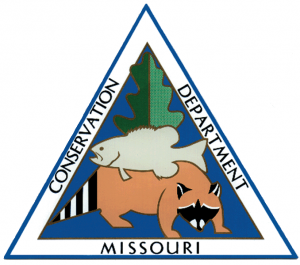 The 41 new positive test results bring Missouri’s total CWD detections to 116 since 2012. The new positives were from the following counties:

In addition, MDC worked with landowners around the state to manage CWD by removing additional deer from areas where CWD has been found. These efforts help minimize the spread of the disease to more deer in more areas. MDC collected about 2,200 tissue samples during these targeted culling efforts after the close of deer season. Learn more atmdc.mo.gov/cwd under Post-Season Targeted Culling.

“These efforts would not be possible without the participation of thousands of deer hunters who brought their harvested deer to be sampled and tested, the help of more than 140 participating taxidermists and meat processors, and the participation of numerous landowners who worked with us on post-season targeted culling,” said MDC Wildlife Disease Coordinator Jasmine Batten. “THANK YOU!”

Batten noted that in new areas where CWD was found, the number of CWD positives was low, indicating the disease was likely recently introduced in those locations.

“Overall, where CWD occurs throughout the state, the number of infected deer remains low, which indicates that CWD is relatively rare in the state – and we want to keep it that way,” she said. “If left unchecked, CWD could decrease the overall health of deer and numbers of deer in Missouri over time.”

MDC will again require mandatory sampling of deer harvested during the opening weekend of the fall firearms deer season, Nov. 16 and 17, in and around counties where the disease has been recently found. MDC will again also offer statewide voluntary CWD sampling during the entire fall and winter deer hunting season. More information on specific counties, sampling locations, and requirements will be published in MDC’s “2019 Fall Deer & Turkey Hunting Regulations and Information” booklet, available where permits are sold starting in July.

CWD is a deadly illness in white-tailed deer and other members of the deer family, called cervids. CWD is spread from deer to deer through direct contact and through contact with soil, food, and water that have been contaminated through feces, urine, saliva, or carcasses of infected deer. CWD kills all deer and other cervids it infects. The Centers for Disease Control and Prevention recommends hunters in areas known to have CWD have their deer tested for the disease before consuming the meat and not eating meat from infected animals. Learn more at mdc.mo.gov/cwd under Human Health Risks.