ST. LOUIS (AP) — St. Louis police say an off-duty detective shot and killed a teenager trying to break into his home. The five-year veteran of the Beverly Hills Police Department has been placed on administrative leave while the shooting is investigated. Authorities say the detective saw at least three people entering his house last night.

JEFFERSON CITY, Mo. (AP) — State regulators have started a new program aimed at helping consumers better understand the Public Service Commission. The agency has started a speaker’s bureau to provide information to consumers, civic and community groups and the public. The commission is responsible for regulating Missouri’s investor-owned utilities.

JEFFERSON CITY, Mo. (AP) — The director of the Missouri Lottery has been an apparent target of a lottery scam. Attorney General Chris Koster says director May Scheve Reardon received a letter informing her she’d won a $150,000 jackpot. Reardon contacted the attorney general’s office, and Koster says the letter is likely a scam to get confidential bank information.

JEFFERSON CITY, Mo. (AP) — A Missouri hunter recently discovered an albino deer while hunting near Lake of the Ozarks. The Missouri Department of Conservation says Michael Utt of Sugar Creek spotted and photographed the animal last month. The agency says while albino deer are rare, some are spotted each year.

OMAHA, Neb. (AP) – The Army Corps of Engineers is preparing to change the flow from Gavins Point Dam in South Dakota. Their goal is to increase flood control storage on the Missouri River. The corps plans to gradually adjust the release starting tomorrow.

GRANT CITY, Mo. (AP) – The former sheriff of Worth County has been sentenced to 18 months in federal prison for violating the civil rights of women who were victims of domestic violence or vehicular accidents. Authorities say Neal Wayne Groom told the women they had to expose parts of their bodies to document injuries. The misdemeanor charges involved eight women in 2006 and 2007.

JEFFERSON CITY, Mo. (AP) – A lawsuit over the power for Missouri governors to make budget cuts is going forward. A Cole County judge denied a request by Governor Jay Nixon to decide the case based on what has already been submitted to the court. A hearing is scheduled for December 16th.

COLUMBIA, Mo. (AP) — An historic Columbia landmark named after a prominent black restaurant owner and caterer was been torn down after preservationists couldn’t raise enough money to save the site. The 91-year-old Annie Fisher House on Old Highway 63 was demolished by its owners.

Iliff to Appear in Court 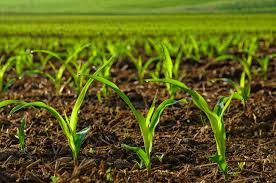 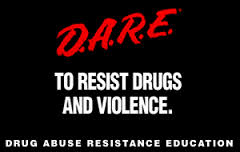