Press Release from The Missouri Department of Conservation 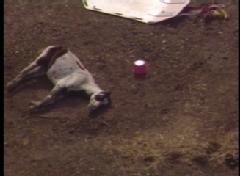 “We have examined the photos and visited the location,” said Jeff Beringer, MDC resource scientist and member of the Department’s Mountain Lion Response Team. “While we did not find further evidence, such as tracks, we can confirm that the photos are of a mountain lion at the reported location. We don’t know anything else about this cat other than it was here.”

“The three reports over the past several months bring our total number of confirmed reports over the past 16 years to just 13,” said Rex Martensen. Martensen is on the Mountain Lion Response Team and supervises MDC’s wildlife damage control program. He has hunted mountain lions in Colorado and has worked with cougar biologists in South Dakota and New Mexico.

He added that mountain lions are nocturnal, secretive and generally avoid contact with humans.

“To date, we have no evidence to suggest that a breeding population of mountain lions exists in Missouri,” added Beringer, “In states where even small populations of these big cats exist, there is plenty of hard evidence. Florida, for example, has a population of only 100 mountain lions, yet several are killed  by automobiles each year.  They also have other clear, hard evidence like tracks, scat, and kill sites.”

Beringer explained that mountain lions seen in Missouri are probably young males roaming from other states in search of territory.

“Young males seek new territories at about 18 months of age,” explained Beringer. “With most births peaking in the spring, young males typically begin roaming in their second fall and winter. And it makes sense that these big cats could roam into Missouri from the west and use the Missouri River corridor to cross the state without being easily detected. These three recent confirmed reports, along with one in Callaway County in 2003 and one in Clay County in 2002, have all been pretty close to the Missouri River.”

Mountain lions (Puma concolor), also called cougars, panthers and pumas, were present in Missouri before pioneer settlement. The last documented Missouri mountain lion was killed in the Bootheel in 1927. The closest populations of mountain lions to Missouri are in South Dakota and a small population in northwest Nebraska.

Beringer said that MDC has never stocked or released mountain lions in Missouri and has no plans to do so.

He added that there are 32 people in Missouri with permits to keep captive mountain lions and MDC maintains records of these animals’ DNA and identifying microchips.

Mountain lions are protected under the Wildlife Code of Missouri. The Code does allow the killing of any mountain lion attacking or killing livestock or domestic animals, or threatening human safety. The incident must be reported to the MDC immediately and the intact carcass, including the pelt, must be surrendered to the MDC within 24 hours.

To report a sighting, physical evidence or other mountain-lion incident, contact a local MDC office or conservation agent, or email the Mountain Lion Response Team at [email protected]