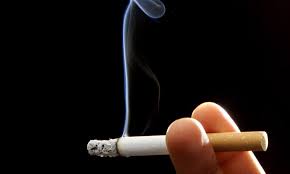 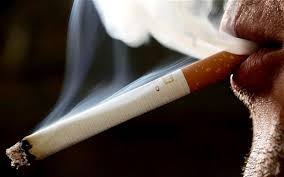 “We’re not about punishing tobacco companies or Missouri convenience stores,” said Erin Brower, Executive Director of Raise Your Hand for Kids. “We’re about funding, what research shows is the best investment our state can make.”

Brower heads a campaign for a tobacco tax increase that would fund early childhood education and health in Missouri. The initiative petition was filed in August, 2014, when Brower saw an issue that was not being addressed.

“Missouri does not treat early care and education, and early health intervention as a priority,” Brower explained. “We were looking to an outside revenue stream to really get in line with other states, and invest in what we know is the best economic development tool for our state.”

The move to raise the nation’s lowest tobacco tax has previously failed three times. With so many attempts in the past, and two others occurring simultaneously, Brower has worked to create an open dialogue with Missouri voters.

Brower said the conversation has been ongoing for the last two years.

“We wanted to make sure that we wrote the best possible policy that was going to work,” Brower said. “Our state is so diverse, and writing a state policy that is gonna work … I mean, it took us 18 months. We spent a lot of time on it.”

A movement endorsed by Missouri Secretary of State Jason Kander, could potentially appear on the same ballot in November, 2016. The initiative is part of the “Missouri Promise” created by Clint Zweifel.

Another petition submitted in August aims to improve the transportation infrastructure in Missouri. According to Executive Director of the Missouri Petroleum Marketers and Convenience Store Association Ronald Leone, two tobacco tax increases were filed to begin the conversation on the state’s crumbling transportation.

“Let’s have an adult discussion, about not only the size of the tobacco tax increase, but what to do with the money,” said Leone. “Do we want it to just go into general revenue, which is one of the proposals we filed with the Secretary of State, and let everyone compete for those dollars? Or do we want to try and solve a legitimate problem that our state is facing?”

Leone admitted the increase in tobacco tax would not solve the problem of Missouri transportation, but it would offer significant assistance that does not currently exist.

Still, Brower looks forward to the 2016 ballot. She said the open dialogue supporters have created will go a long way with the voters.

“We knew 50 cents was a reasonable amount for the voters,” Brower explained. “Funding health and education of children, ages five and younger, really was a top priority. So we knew from that poll that we really had something.”

Leone said nothing is set in stone with the tax increase proposal for transportation infrastructure. He said the efforts are merely to get feedback from the pubilc.

All tobacco tax increase initiatives that have been introduced in Missouri are set to appear on the November, 2016 ballot.