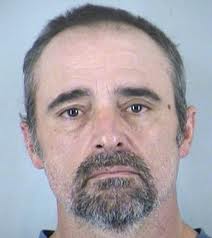 An Odessa man charged in the death of an Independence woman has a date with a Jackson County judge at 1:30 p.m. Friday.  Guy Shannon Jr., 45, faces charges of first-degree murder and forcible rape.  Shannon is accused of strangling and assaulting Marcia Davis, 20, in March of 1989.

Davis was last seen leaving the Jackson County jail after visiting a friend.  A homeless person found her body the next day in an abandoned apartment in the 1400 block of East 14th Street, according to a probable cause statement.

Shannon became a suspect after he was convicted of driving while intoxicated in 2010 and had to provide a DNA sample. It was entered in a database and ultimately linked him to genetic material found on Davis’ body.  Shannon has denied knowing Davis.

Bond has been set at $350,000. No attorney is listed for Shannon in online court records.

Board of Aldermen to Meet in Higginsville