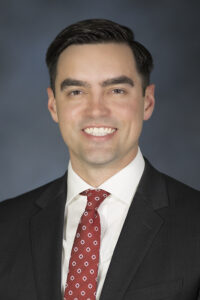 Rollins was most recently employed as the Deputy Chief of Staff for the former U.S. Secretary of Agriculture Sonny Perdue. In years prior Rollins served as Director of the Office of External and Intergovernmental Affairs at USDA, Legislative Assistant/Counsel for U.S. Senator John Boozman and Counsel for the U.S. Senate Committee on Agriculture, Nutrition and Forestry.

Rollins received his law degree and LL.M. in Agriculture and Food Law from the University of Arkansas School of Law in Fayetteville, Arkansas, and his undergraduate degree from Taylor University in Upland, Indiana. He and his wife are making their home in central Missouri.

MDC encourages motorists to give turtles a brake!