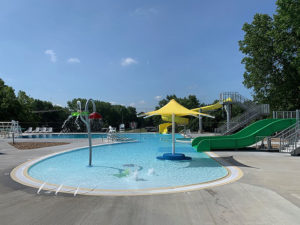 A view of the new swimming pool amenities at Carrollton Cove Aquatic Center.

CARROLLTON — The park amenity that was once a mere thought is now a reality for the Carrollton community.

The ribbon cutting took place at 10 a.m. and was prefaced by some words by Hannah Harper, general manager of the pool; Mark Stovall, the park board president and Mayor Scott Bartlett. Each speaker took the time to thank the community and those who worked together to make the idea come to life.

The initiative to build the pool was voted on and approved in November 2018. The project cost was $2.7 million.

“Our old pool had really become obsolete,” Harper says. “It was time to start moving forward on the idea that our community was in need for a new swimming pool.”

The process for making the pool happen was largely community-driven, Harper says. From the start, people came together to form the committees involved in the formation and flow of the project, such as Friends of the Pool, who would survey the community to understand what they would want in a pool, and a design team.

Now, Harper and the pool staff are excited to see the work pay off and be able to share the project with everyone.

“It really felt like a dream,” Harper says. “And here we are, celebrating today.”

The community was also a strong deciding factor on when to open the pool with the ongoing pandemic in the background — and with Carrollton and the state of Missouri still in stages of reopening. Harper sees the pool as a chance for the community to start properly interacting again. 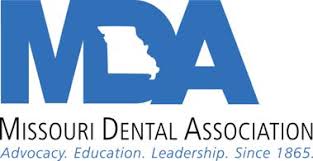