Wilson allegedly committed the offenses against an underage male victim at a residence in Sedalia on more than one occasion dating as far back as 2012. In a probable cause statement, authorities allege that Wilson’s actions exhibit behavior consistent with that of a serial child molester.

He is released on bond over the original allegations he sexually molested a teenage female victim and a male who was between the ages of 8 and 15 when the alleged abuse occurred. Bond on the new allegations has been set at $55,000, cash or surety allowed.

A warrant of Wilson’s arrest was issued Saturday. He remains at large. 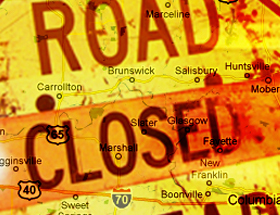 UPDATE – I-35 in Clay County closed for gas leak