Click below to listen to KMZU’s Ashley Johnson interview with Staci Harrison the newly appointed Executive Director of the Sedalia-Pettis County United Way.

The United Way has announced a new Executive Director. Staci Harrison has received the title of Executive Director of the Pettis County United Way, at the Sedalia-Pettis County branch. Harrison holds a Bachelor’s degree in elementary education with an emphasis in Health Education from Central Missouri State University and a Master’s degree in Business Administration from William Woods.

Previously Harrison has worked as a Human Resources director for the Boys and Girls Clubs in West Central Missouri. She has developed youth programs for the United States Air Force and has also previously worked with the developmentally disabled through the Center for Human Resources.

Harrison will follow in the footsteps of her predecessor Linda Kirk, who resigned in November. Harrison plans to continue the practices set by Kirk in working with local organizations and agencies in Pettis County focusing on health, education, and safety net services for local citizens.

The President of the Sedalia-Pettis County United Way, Deidre Esquivel, stated that Harrisons’ “wealth of experience in the non-profit sector will help the United Way move forward in its mission of serving the Pettis County Community.”

Staci Harrison urges anyone with questions or anyone with an interest in the United Way to reach out to them at (660)-826-2980. 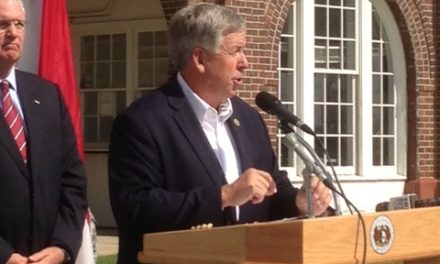