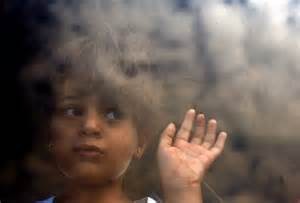 Zeid Raad al-Hussein said that he was appalled by the actions of the Hungarian authorities, saying that “images of women and young children being assaulted with tear gas and water cannons at Hungary’s border with Serbia were truly shocking.”

Zeid called Hungary’s actions “callous, and in some cases illegal,” citing the country’s denial of entry and return of migrants and refugees.

He also cited the reported assaulting of journalists and seizing of video documentation.

Zeid said that “xenophobic and anti-Muslim views appear to lie at the heart of current Hungarian Government policy.”

On the other side of the border:

BUDAPEST, Hungary (AP) — A Hungarian official says the country’s plan to impose strict controls at its borders to stop the flow of migrants has been successful because human traffickers are using other routes to western Europe. 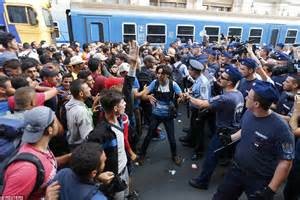 Janos Lazar, Prime Minister Viktor Orban’s chief of staff, said Thursday that the “assertive, uncompromising defense of the border has visibly held back human trafficking and forces them to change direction. That was the aim of the entire action.”

Hungary began applying tougher migration and asylum rules on Tuesday. Thousands of police and soldiers are guarding the 13-foot high fence being built on the southern border with Serbia to stop migrants trying to enter the country.

Instead, many migrants are now going to neighboring Croatia, to then try to reach Germany and other, richer EU countries.