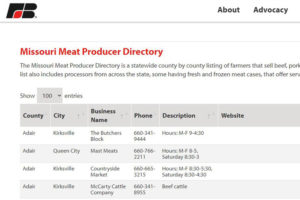 As ranchers and farmers search for solutions to bottlenecks at packing plants, Missouri Farm Bureau created one option that is catching on: Let consumers locally source their own meats.

The organization developed a statewide directory where consumers can buy beef and other proteins from livestock farmers and local processors. Since its launch just a few weeks ago, the listing has caught the attention of consumers, looking for quality meats that have been in sporadic supply, due to stoppages at U.S. meat-packing plants, where workers have fallen ill to COVID-19.

“Everybody knows the story about the bottleneck at the major commercial packing plants, and livestock farmers were having problems getting rid of their meats. So, one of our state board members, Andy Clay in Moniteau County, called and said, ‘You know, we got a lot of people who have cattle for sale. We have a lot of members who aren’t farmers, why don’t we put them together with some kind of meat producer directory on a statewide basis and let people know about it,'” Smith said.

To get the word out, county-level farm bureau members reached out to producers personally or through social media. Dana Lane, President of Linn County Bureau, tells how local and state members worked together on this project.

“The state Farm Bureau contacted all the county presidents for help to develop the list, and so we were encouraged to find people in our county or others counties that we knew had beef for sale or who were local processors,” she said.

Austin Alewel, owner of Alewel’s Country Meats in Warrensburg, said he has seen an uptick in new customers since the pandemic at his family’s 88-year-old business.

“Yes, we’ve seen more business. I don’t know if it’s from the meat directory or from our current events — probably it’s a combination of both,” Alewel said. “The meat directory, I think it’s a great resource that can help the consumer find a local spot that they can buy their meat from.”

It may be difficult to track the success right now, though, Farm Fureau’s Kelly Smith is pleased with the public’s early reaction.

“The response has been fantastic,” he said. “The first night we put it up live and did a Facebook post – within an hour later – it had 550 shares and 2,000 web page views.”

The directory, broken down by counties, shows products offered by businesses and farms and ways to contact them. It can be found mofb.org.

Odessa Board approves all items minus one 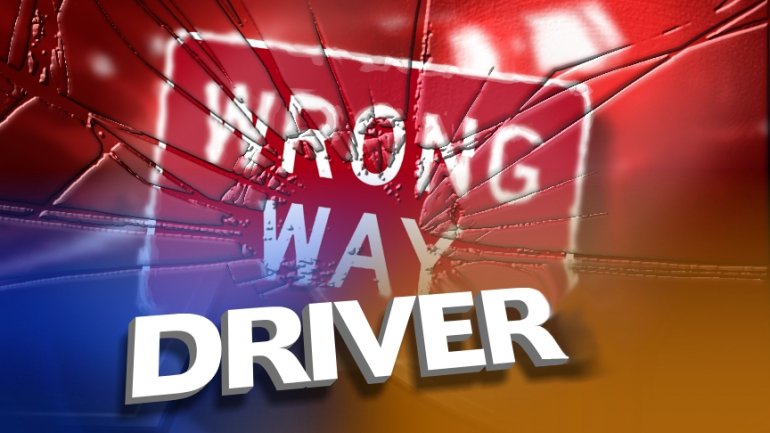