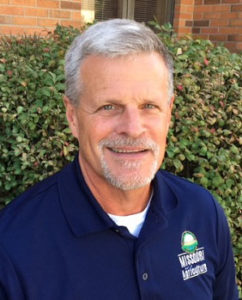 SEDALIA — As most know, it’s back to basics for the 2020 Missouri State Fair. Good to his word, Missouri State Fair Director Mark Wolfe, kept his interview with KMZU even after last Friday’s  announcement the fair would be reduced to a youth livestock-only event.

It’s a letdown to many that relish rides on the “greatest carnival on the planet” and graze on crazy food fair concoctions. (A few corn dog and funnel cake vendors will be on hand this year, though).

Wolfe says cancellations and reduced funding from sponsors and vendors, as well as public health concerns amid COVID-19, were deciding factors.

“Ultimately, we got to a point we had so many sponsors decided not to go this year, and some were businesses struggling a little bit anyway. We started the process to hire — we hire around 900 people each summer — and we were just not getting near enough applications,” Wolfe told KMZU, adding, “A lot of folks who worked in the past, work for businesses that weren’t going to allow them to come out here without them quarantining before they came back to work. (It) just was a long list of things that piled up.”

Livestock exhibitors, their families and onlookers will pretty much have the place to themselves for the 10-day event starting on August 13. The schedule for the junior livestock show remains the same, the director says, which can be found on the Missouri State Fair website.

Even with the drastic changes, the livestock shows will remain the same.

“We decided not to condense things too much, knowing that folks had taken vacation for the different events. It’ll help us, I guess, to meet the criteria to spread people out.”

Wolfe says the stripped-down version focuses on the youth achievements. That includes the livestock finale.

“We are going to have our Sale of Champions at the end, even though that might be more of an electronic version,” the director says. “Still, we will do it live on site and also have it available to bid online.”

Details on accessing the livestream auction will come soon to the fair’s Facebook page, Wolfe says. Exhibitor camping will still be available through the event, and all current reservations will be honored. Exhibitor camping inquiries can be sent to [email protected]

“We have a pretty good plan. We’re going to institute all the new cleaning protocols and follow CDC guidelines. Our intention is to make it as safe as it can be for folks to come out. I just encourage people to use good judgement while they’re here.

“We’ll get through it, and next year is a new year. Hopefully things will be back to something we’re used to and we can have a great fair in 2021,” Wolfe concludes.

Next year fair coincides with Missouri’s bicentennial, certainly an occasion fair officials would like to celebrate in a big way.