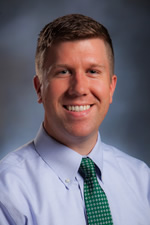 CONCORDIA, MO., – According to the University of Missouri, 6 known weeds are glyphosate resistant in the state of Missouri. These are giant ragweed, horseweed, common ragweed, waterhemp, palmer amaranth, and annual bluegrass.

Ferguson said, “Herbicide resistance is something that can be in anyone’s field”

This is a problem that is sweeping the nation and Missouri is included. With 6 known glyphosate resistant weeds, this makes Missouri a state with one of the biggest problems.

Ferguson suggests that farmers use crop rotation, using more than one mode of control, and scouting fields, to make sure they are keeping these resistant weeds out of their fields.

Ferguson said that the using more than one control will pay off in the long run. He stated, “Long-term, by using more modes of action now, they will be able to preserve those, to where maybe twenty years from now they can still use the same herbicides perhaps their neighbors are having trouble with because they didn’t use more than one mode of action.”

New technologies are becoming available to help combat this problem, but they will require a little more work. Some have a specific nozzle to be used. Also, requirements for pressure, location, wind speeds and many other application measures are much more specific in the past.

Other resources for farmers on this topic include the university of Missouri Weed Science division at http://weedscience.missouri.edu/ as well as your local herbicide representative.