NEWSMAKER — Senator Denny Hoskins says a budget is on the way 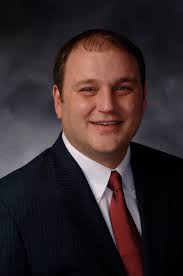 WARRENSBURG, Mo. — As members of Missouri House and Senate committees sit down to hammer out a final budget before the Friday, May 5th Line, Senator Denny Hoskins took the time to sit down with KMZU’s Brian Lock to talk about the budget and some of the bills he has sponsored this legislative session.

Click below to hear the full interview, which aired live on KMZU.

“We have to have a budget passed by Friday, May 5th,” Hoskins said. “As a member of the senate appropriations committee, I’ve been spending a lot of time going through the state budget to be sure that your tax payer dollars are being used effectively and efficiently.”

Though the budget hasn’t been carved out just yet, Senator Hoskins touted education funding as an indicator things are going in the right direction.

Hoskins said he is “both hopeful and confident” that the House and the Senate will be able to agree on a budget before Friday. He explained that as long as they pass the budget, even if they did nothing else, lawmakers would have executed their constitutional authority.

“In fact, I filed a bill on Real ID,” Hoskins interjected. “It’s based on the Real ID Compliant Act the federal government passed in 2005, kind of an anti-terrorism bill, Hoskins explained.

“What happened in Missouri, we have not complied wtih the Real ID law,” Hoskins said. “If we do not have a real id compliant driver’s license, then starting in January 2018 you couldn’t use your license to fly on an airplane. And currently, you cannot get on a military base with a Missouri license.”

Hoskins sees a solution, though. He thinks it is a straight-forward one.

Hoskins also sponsored a bill which would designate honeybees as livestock. He elucidated that the proposal is for tax purposes and would treat bee farmers the same as, say, pig farmers.

“In the state of Missouri, farmers don’t have to pay sales tax on agriculture products,” Hoskins said. “What this would do, we have a lot of bee farmers out there, and unfortunately bees are not classified as livestock so they [farmers] have to pay sales tax on purchases they make for their bee farms. This would simply include honeybees under the definition of livestock. So these farmers would be treated like any other farmer when they go to purchase goods.

Hoskins also reaffirmed his pro-life stance by going after the City of St. Louis, which has made moves to become what some are calling “an abortion sanctuary city,” where city laws would ensure that people are able to access safe abortion care.

Hoskins decried these actions and said that cities should not be able to circumvent state law, even though some state abortion restrictions have been recently struck down by the U.S. District Court in Kansas City.