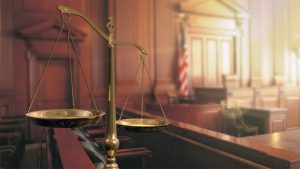 KANSAS CITY, Mo. – According to a release from Tammy Dickinson, United States Attorney for the Western District of Missouri, nine more defendants have been indicted by a federal grand jury for their roles in a $1 million conspiracy to distribute at least 30 kilograms of methamphetamine, bringing the total number of defendants to 15 in an investigation that was initiated with an arrest by Buchanan County, Mo., sheriff’s deputies in St. Joseph, Mo.

The federal indictment alleges that all 15 co-defendants participated in a conspiracy to distribute methamphetamine from Jan. 1, 2014, to Nov. 17, 2016. The indictment also contains a forfeiture allegation, which would require all of the defendants (jointly and severally) to forfeit to the government $1,060,070, which represents the proceeds of drug trafficking based on a conservative average street price of $1,000 per ounce of 90 percent pure methamphetamine and the total conspiracy distribution of at least 30 kilograms of methamphetamine.

All of the defendants are also charged in a money-laundering conspiracy. They allegedly conducted financial transactions which involved the proceeds of unlawful activity in order to promote the drug-trafficking conspiracy, to conceal the nature, source, location, ownership, and control of drug-trafficking proceeds and to avoid bank reporting requirements.

In addition to the drug-trafficking and money-laundering conspiracies, Michael Nevatt is charged with Cindy Nevatt and Provience in a conspiracy to possess and use various firearms during and in relation to the conspiracy to distribute methamphetamine.

According to the affidavit filed in support of the original criminal complaint, a cooperating defendant was arrested by Buchanan County, Mo., sheriff’s deputies in St. Joseph, Mo., on July 20, 2015. The cooperating defendant, who was in possession of approximately 500 grams of methamphetamine and $5,000, allegedly identified Michael Nevatt as his source. The cooperating defendant also told investigators that s/he accompanied Michael Nevatt to Dallas, Texas, on multiple occasions to obtain multiple-pound quantities of methamphetamine, which was then transported back to Missouri for distribution.

According to the affidavit, Michael Nevatt was the middle man between Mexican methamphetamine suppliers and southern Missouri distributors. A second confidential informant told investigators that s/he had traveled to Dallas, Texas, with Michael Nevatt to pick up pound levels of methamphetamine approximately 20 to 30 times between October 2014 and July 2015. The methamphetamine allegedly was transported back to Springfield for distribution. 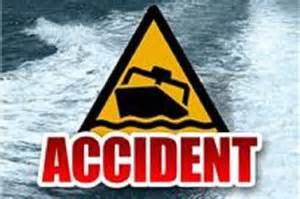