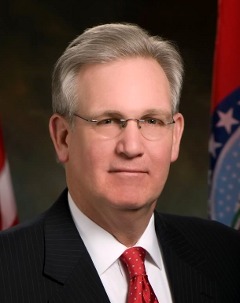 Governor Jay Nixon visited the Warrensburg Senior Center on Tuesday to discuss his veto of House Bill 253. He nullified the Missouri General Assembly’s decision in June. Since the Streamlined Sales and Use Tax Agreement was shot down, legislators have been threatening to override his veto in their September 11th session.

Nixon said House Bill 253 has many problems, including a tax increase on Missourians, special breaks for lawyers and lobbyists, and threats to public services. “In fact, this bill’s costs are so staggering, it’s provisions so flawed, that it even caught the attention of leading independent credit rating agencies,” said Nixon, “In separate reports issued just last month, Standard and Poor’s, Fitch, and Moody’s all indicated that House Bill 253 could jeopardize our state’s long-standing, spotless AAA credit rating.”

Another area of concern is a tax increase on prescription medication. These drugs have been exempted from the statewide sales tax since 1979. HB 253 would eliminate this exemption.

“If this bill becomes law, folks would pay a new tax, of up to ten percent in some communities, on prescriptions to treat osteoporosis, diabetes, high blood pressure, and other chronic conditions,” said Nixon. The total increase would equal about $200 million across the state.

Legislators who plan to vote for the override have said this is an error, and they will take out the prescription increase after it passes.

“Now, I’ve been around the process a little bit, let’s say. After 27 years in public service. If you have folks from the government saying, ‘Here’s the deal. We’ll tax you. Trust us, we’ll take care of it later,’ be highly skeptical, okay? Highly skeptical.”

Nixon claims the simplest way to deal with the issue is to sustain his veto and address the issue when the General Assembly begins their regular session in January.

Bill Brame, of Warrensburg, was in the audience. He has a background in education, and considers himself an advocate for the elderly.

“I’m on medication myself, and I saw a personal interest. But I realized that it was a broad-based thing for the entire public. It’s not just seniors, it’s all of us, of life,” said Brame.

He is anxious to see the veto upheld. 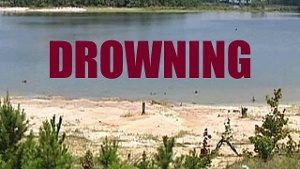 Body recovered near Cartwright Cove at Lake of the Ozarks