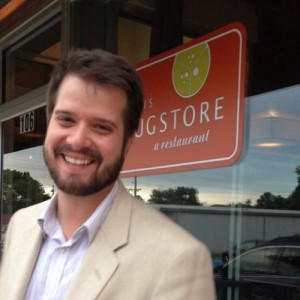 A Polo High School graduate and Lathrop resident has been appointed as the new Prosecuting Attorney for Clinton County.  Joseph Gagnon was named by Missouri Governor Jay Nixon on Thursday.  The position was previously held by Bill Burris, who has since retired.

Gagnon has operated his own law practice in Lathrop for the last five years, and had previously worked with the Kansas City firm of Shook, Hardy & Bacon.

He is the city attorney for Lathrop and Trimble.

Press Release from the Office of Missouri Governor Jay Nixon

Gagnon (GAHN-yunn), a Democrat, has operated his own law practice in Lathrop since 2008, and previously was an associate with the Kansas City firm of Shook, Hardy & Bacon. He represents the cities of Lathrop and Trimble as their city attorney. A graduate of Polo R-VII High School, Gagnon obtained his undergraduate degree from the University of Missouri and his law degree from Duke University School of Law. He serves as an officer with the Lathrop Rotary Club and as a trustee of his church.

“Joe Gagnon grew up in this part of Missouri and, since returning, has been an active member of the community in addition to his work as an attorney,” Gov. Nixon said. “I am confident he will ably serve the citizens of Clinton County as their new Prosecuting Attorney.”

No headlights results in arrest