SALINE COUNTY, Mo. — A resident of North Carolina was sentenced to the Missouri Department of Corrections in a Saline County courtroom Wednesday. 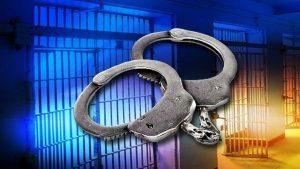 He was sentenced Thursday to two years in the Missouri Department of Corrections with the possibility of parole.

Collier was remanded to DOC custody, where he will remain for the duration of his sentence.

Updated: Rollover accident reported on westbound I-70 near Concordia