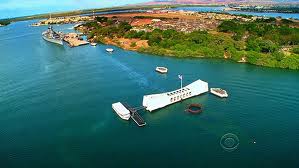 A woman by the name of Dorinda Nicholson was 5 or 6 years old when Pearl Harbor was bombed and she was on Ford Island in Hawaii. The Ford Island Naval Air Station sits in the middle of Pearl Harbor and is where the USS Arizona Memorial resides along with the battleship USS Missouri. The USS Missouri is where Japan officially surrendered to the allied forces thus bringing an end to World War II.

Ms. Nicholson travels all over educating people with her first-hand account of what the bombing of Pearl Harbor was actually like. This will be held at the St. Luke’s Evangelical Free Church in Wellington on September 14th at 6:00 p.m.