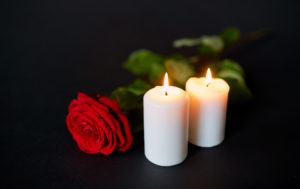 Peggy was born on October 5, 1922, in Chillicothe, Missouri. She graduated from Chillicothe High School and attended Chillicothe Business College. She was united in marriage to Robert Leland Wickizer on April 19, 1942. He preceded her in death in 1994.

Peggy was a homemaker until her children left the home, and later worked as a bookkeeper for a contracting company and as a substitute postal clerk serving as officer in charge for 2 years. For 20 years she was a feature writer and correspondent for the Chillicothe Constitution Tribune and other area newspapers. She had been a member of the Lock Springs United Methodist Church, serving as church treasurer for 42 years, until it closed in 2001. She transferred her membership at that time to First United Methodist Church in Marshall, when she moved there to live near her daughter. Peggy was blessed to be able to live in her own home until just a few months before her passing.

She was a 70+ year member of the Order of Eastern Star, had been a member of several bridge clubs and United Methodist Women’s organizations in Lock Springs and Marshall and Marshall Writer’s Guild. Peggy had enjoyed time in their travel trailer, camping and fishing, especially at Bennett Spring and also reading, writing and spending time with her family. When her health allowed it, she always enjoyed the Marshall Philharmonic Orchestra and Municipal Band Concerts. She was always happiest if she could help others, which often included feeding them. Her generosity was not about money but the concern and help she could offer.

Besides her husband, she was preceded in death by her parents, Dee P. and Betty Philips Broaddous, sister, Virginia Litton and brother, Jerry Lee Broaddous. She is survived by her daughter and son-in-law, Rebecca and Paul Porter of Marshall, son and daughter-in-law, Michael and Angela Wickizer of Beavercreek, Ohio, granddaughters, Erin and her husband, Deken Keil and Sharon and husband, Nick Martt, great-grandsons Sean, Brenden and Garrett Martt and Jackson Keil and great-granddaughter, Audrey Keil.

Services will be held at the First United Methodist Church in Marshall, on Saturday, February 8, 2020 at 11 am with visitation preceding the service at 10 until 11. Inurnment will be at the Lock Springs Cemetery at a later date. Memorials are suggested to the Marshall First United Methodist Church or the Lock Springs Cemetery Assn. in care of Campbell-Lewis Funeral Home in Marshall. Friends may sign the online register book at www.campbell-lewis.com 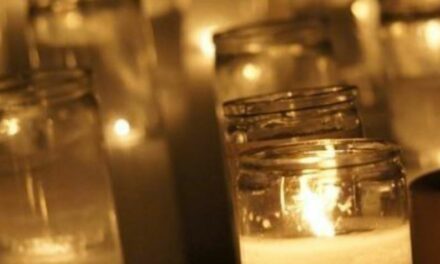