Pelosi says USMCA may not be signed until 2020

WASHINGTON D.C.  House Speaker Nancy Pelosi (D-Calif.) is accused of playing politics by not signing the U.S.-Mexico-Canada (USMCA) trade agreement. The announcement that the USMCA was not signed last week, is leaving some Republicans and agriculture departments believing there may be impeachment tactics involved.

Pelosi met with U.S. Trade Representative Robert Lighthizer to discuss the USMCA progress and said the meeting was productive despite not reaching an agreement. Pelosi said they are within range of reaching a deal.

“Progress was made in narrowing the differences and work continues,” Pelosi said. “We can reach an agreement on USMCA when the Trade Representative makes the agreement enforceable for American workers.”

Illinois Congressman Rodney Davis (R-IL) said he felt this delay is an attempt to put a black eye on the U.S. president.

The NPPC along with other agriculture departments are urging Congress to quickly reach an agreement on outstanding issues and resolutely  bring the USMCA up for a vote.

President Trump tweeted the deal is dead in the water. Congress is set to adjourn for the year December 13th. 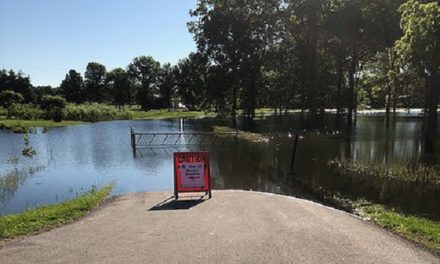 FFA Membership Larger Than Ever