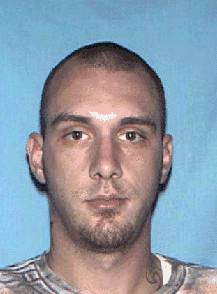 The St. Joseph Police Department is requesting the public’s assistance in attempting to locate Ty C. Arnold.  He is wanted for questioning in a homicide that occurred Wednesday in the 2000 block of N. 2nd. Officers responded to that location around 1:30 p.m. on a call of a gunshot victim in the residence. Once on scene, officers located a 27 year old female victim who was deceased from an apparent gunshot wound. The victim’s name is not being released pending completion of family notifications. The homicide, at this time, is believed to be related to a domestic dispute.

Arnold is believed to be driving a dark blue or black full-size Ford pick-up truck, possibly a 1999 model with a Missouri license plate of 7AE-430. The truck is described as being in good condition with bright green/neon trim pieces on the below the doors and possible on the windshield wipers. Information was received that indicated Arnold may have left St. Joseph northbound on I-229, however he may also have acquaintances in rural areas south of St. Joseph.

Arnold is described as 6’5” tall weighing approximately 230lbs, with hazel eyes. He should be considered armed and dangerous.