The former banker and Sedalia School District Board Member signed on to offer his assistance and says he’s glad he did.

“It’s been a tremendous opportunity for me to come here and serve, and I have enjoyed immensely. I committed to four years of bringing my skills set to the county which is budgeting, management and finance” Meehan said.

“I feel like the county, with the assistance of each one of the elected officials, we have all worked together to make Pettis County one of the most efficient counties in the whole state.”

When asked about challenges that may face the county in the near future, Outgoing Commissioner John Meehan says he is not worried.

“Things are looking very good throughout Pettis County, and with sales tax up that means people are spending money. People are spending because they’re working hard and they’re earning their money, and so, I really don’t see any major challenges.”

Meehan was elected in 2010 after a long career in banking and a period of time as an educator. Meehan adds it’s up to the Pettis County voters now to elect a Presiding Commissioner that will continue to move the county forward. 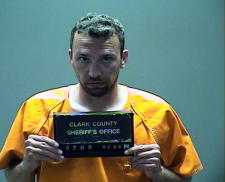