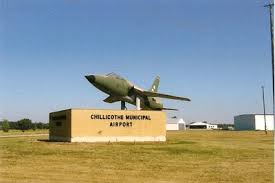 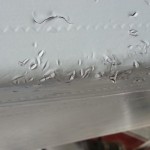 One image of damage to the aircraft

Officials in Chillicothe are asking for the public’s help in investigating a very serious crime which reportedly occurred at the Chillicothe Municipal Airport.

According to Sheriff Steve Cox, a local pilot was practicing landings and take offs on different runways on Wednesday evening around 6:30 p.m. Thursday afternoon, the pilot noticed new damage to his aircraft.

Police suspect that due to the damage and pattern that a shotgun was used to fire at the plane, and the plane was most likely within 100 yards of the ground when it was hit.

Area law enforcement agencies are being notified as well as proper federal authorities.

Police are seeking information from anyone who may have heard one or more gunshots, or saw anything unusual in the area of the Chillicothe Airport on Wednesday between 6:30 and dark, or if you know anyone having a problem with the aircraft in the area PLEASE call the Chillicothe Police Department at 660-646-0515 or Dispatch at 660-646-2121.